He Slept With My Fiancée In My Dreams, So I Killed Him: 48 Year Old Arrested For Killing His Friend. 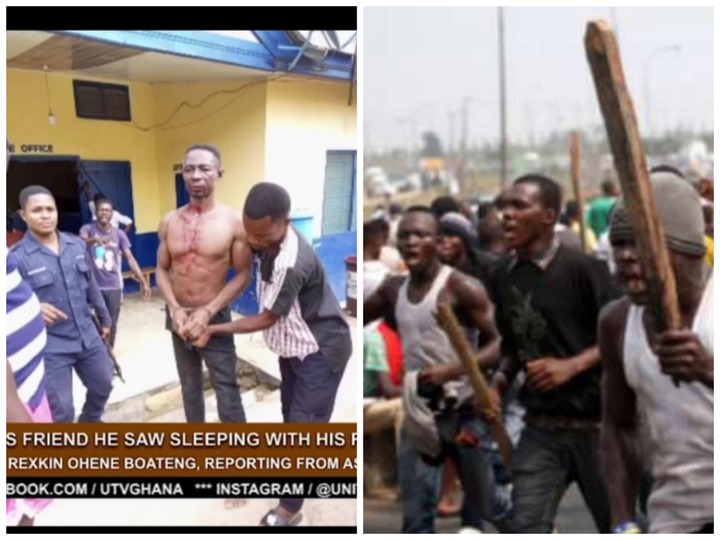 The people of Wawase in the Afigya Kwabre South District of the Ashanti region are in shock as they couldn't believe with their own eyes, series of events that have happened in their town over the weekend, resulting in the death of 3 people as of Sunday.

The 45 year old palm wine tapper, Adusei Kojo, according to reports this morning, is in the grips of the Police, after being suspected of stabbing and killing his own friend, Akwasi Banahene, 48.

Per the account given, Adusei Kojo allegedly convinced his friend to escort him to his farm to check out something. Upon reaching an isolated place, he stabbed him multiple times to make sure had no chance of survival.

Akwasi's body was found later by the youth of the community. 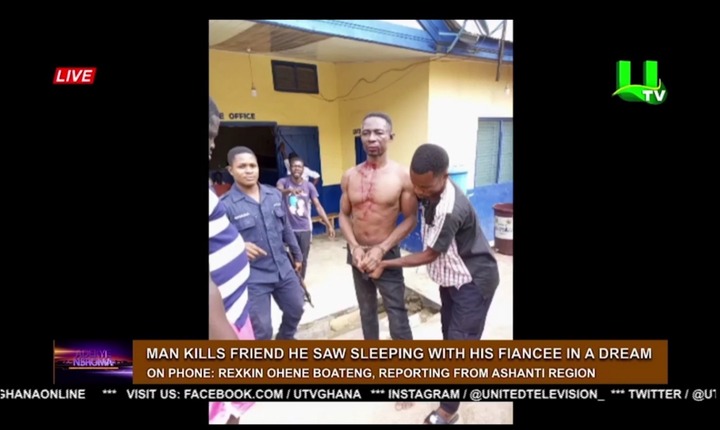 That didn't stop there, Adusei Kojo allegedly attacked and fatally wounded his grandfather and another 78 year old neighbor with a knife before being finally overpowered by the youth of the area. The two unfortunately didn't make it either, making the number of death 3.

Upon interrogations, it was revealed that he killed his friend because he had a dream where his friend was having sexual intercourse wife his wife, something which he couldn't stand, so the basis of killing his friend.

The Police are unraveling this issue piece by piece as they conduct further investigations. We will do well to update you should more information come up.