The ancient Hindu tradition called sati, wherein a widow would throw herself on her husband’s pyre and burn to death, was initially a voluntary act considered courageous and heroic, but it later became a forced practice. Although sati is now banned all over India, it has a dark history. 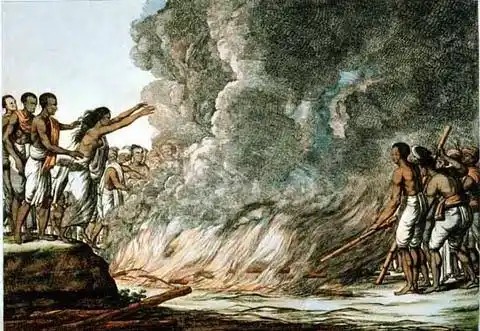 In this age of ascending feminism and focus on equality and human rights, it is difficult to assimilate the Hindu practice of sati, the burning to death of a widow on her husband's funeral pyre, into our modern world. Indeed, the practice is outlawed and illegal in today's India, yet it occurs up to the present day and is still regarded by some Hindus as the ultimate form of womanly devotion and sacrifice. 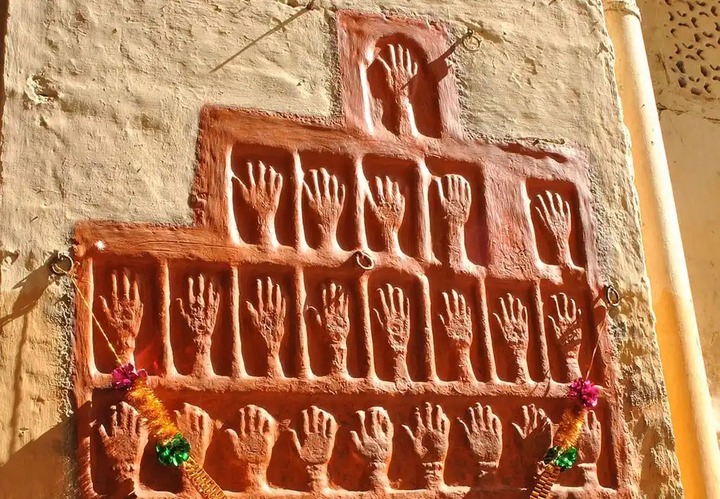 There were several ways of performing the Sati- She was first required to place her hand on the Sati stone for remembrance; next, she had the options of drinking poison, cutting her neck with a sharp object or allowing herself to be snake-bitten. Thereafter, she could either lie next to the dead body, walk into the pyre, or sit on the pyre and light herself. Some communities perform the last honour by building a hut for the woman and her deceased to perform the pyre. Other place the name on the pyre while the woman walks into it. 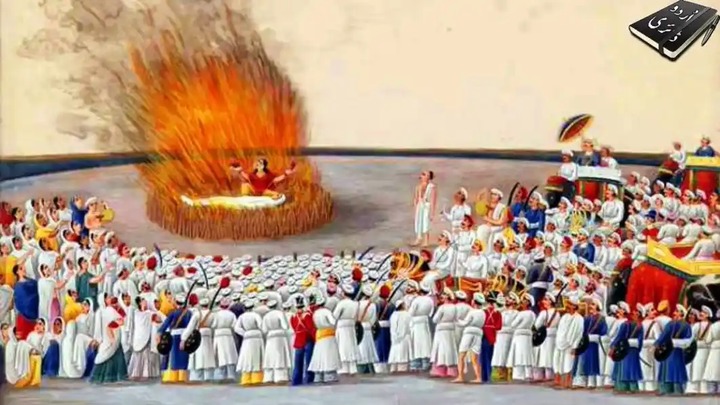 If the man had several wives, only one of the wives, his preferred was granted the privilege of being immolated with him. The wife who performed this was also envied by the others and her family was treated with respect. Widows who refused to die with their deceased were pressured into doing this especially if she had no children. She could only be free from Sati if she was pregnant or menstruating. 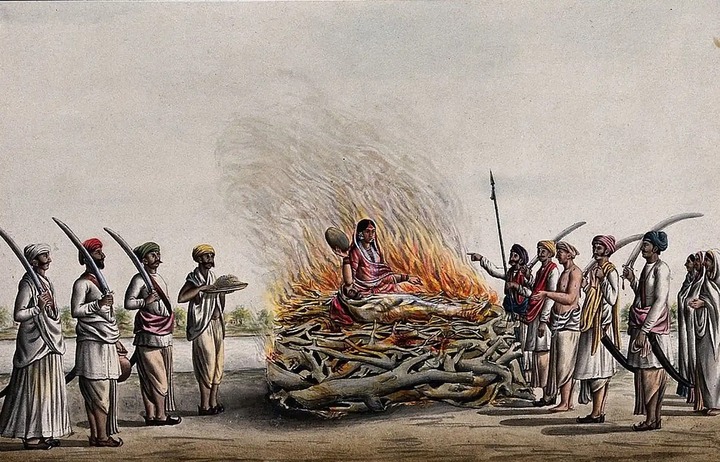 Once the reality of burning to death became obvious, many women tried to escape their fate. Measures and implements were put into place to ensure that they could not. Should Ghana adopt this culture?