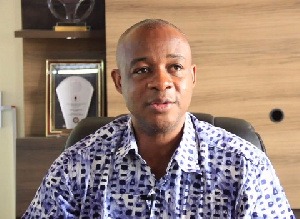 After two persons were confirmed dead and many other residents of Ejura sustained various degrees of injuries following the clash of the youth of Ejura and the military in the early hours of Tuesday 29th June, 2021, security analyst Adam Bonaa has called for the Municipal Chief Executive (MCE) of the Ejura-Sekyere-Odumasi Municipality to be arrested.

The security expect made this known on Midday news on TV3.

According to him, the best way in dealing with this impasse is through dialogue to bring calm to the town.

"I will call for calm, I will call for dialogue, especially from the chiefs and people around the area. The feuding parties should sit, if the MCE is complacent in this whole thing that took place, and in order to make the youth calm down, they should have arrested the MCE and asked him to give a statement of the sort", Mr. Bonaa stated.

In responding to the use of live ammunition by the military in calming the angry youth, Mr. Bonaa responded that lack of planning by the security agencies resulted in this that culminated in the killing of the two residents.

"The use of live ammunition is not what is supposed to be, unless of course the agencies actually picked an intelligence of a spontaneous reaction from the young people", he added.

He was of the view that even if there was such spontaneous action from the demonstrators, the Police and the Military had the right to respond, but such response should have been proportional.

He therefore called on the President Nana Akuffo-Addo to as a matter of urgency relieve the MCE of his duty to step aside, and also charged the Asantehene Otumfo Osei Tutu 11 and the Chief Iman to intervene to calm nerves.

Content created and supplied by: News_Link (via Opera News )