One dead and three injured after Bibiani Habitat building collapses

By RockyJDJones (self media writer) | 26 days ago

The rains had stopped, and I was preparing to go check if the compound had flooded. Before I was able to open my gate to the corridor, an unexpected sound rocked the entire house and I thought it was thunder. I tried sitting down for a second for fear of thunder strike, little did I know it was our family house, Stella Amoh, the sister to the deceased said in tears. 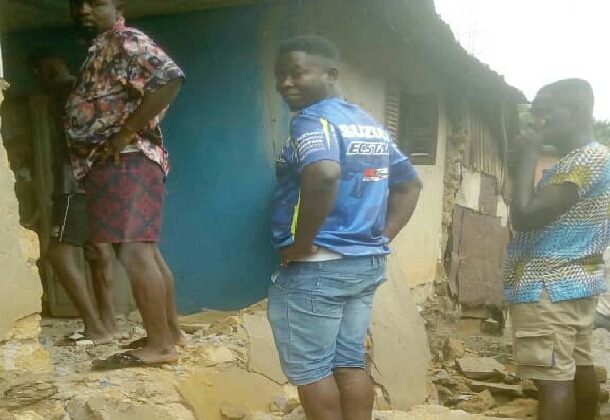 Stella, the youngest daughter of Mr Amoh, 69, had tried checking on their house to see if the area has been flooded when her movement was suddenly interrupted by the death of her brother. Stella when she was called to the scene by her mother, Mrs Eva Amoh; the only victim who went unhurt, run out of her room when she heard her mother screening for help.

God help me! God help me!! The poor woman kept shouting until Stella was able to rush to the scene. My mother was already in tears when I got there, and that was the moment I knew my father was gone. My mother was inside in the room with my father and my two younger siblings so I knew they had all died when I got there. Tears kept flowing my eyes as I watched helplessly.

I rushed to the outside of the house, and our Assemblyman for Habitat Electoral Area; Mubarak Zakari was already on the streets checking the affected flooded area. I shouted for him in tears and together with his team, we were able to rescue my father and two younger siblings. My father had turned dump when we rescued him from beneath the building. My two younger siblings had all loss strength but they have been able to regain consciousness after we took them to the Bibiani Government hospital. 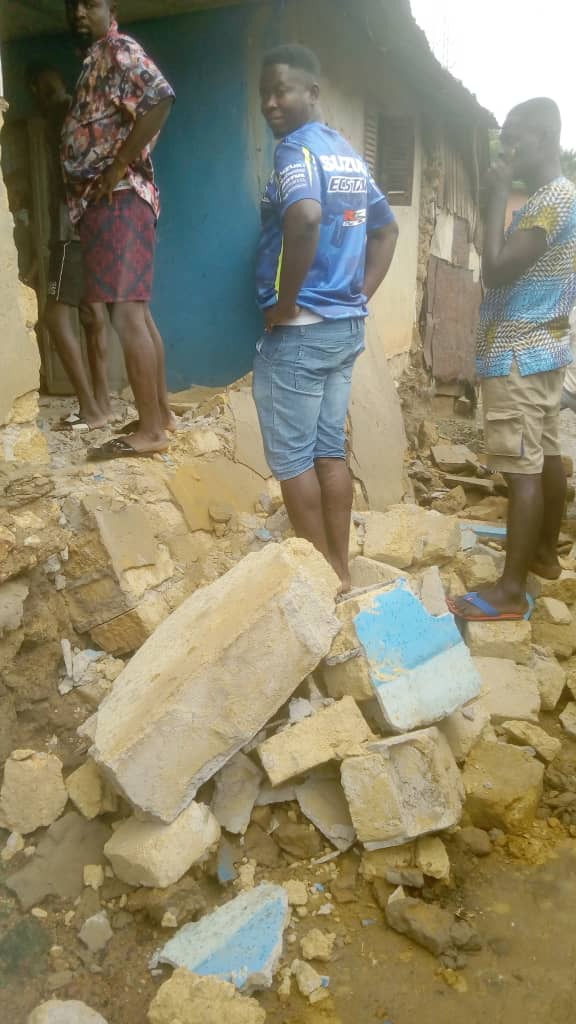 We had no idea my elder brother was beneath the building in the other room. I thought he was out watching a football match or something. I had previously knocked on his door to come and eat even before the rains started, and I didn't get any response. I thought he had gone out. I had no idea he was asleep in the room, Stella Amoh cried.

Stella Amoh's elder brother, the 31-year-old Ebenezer Amoh had been knocked to death in his sleep by the ceiling pillar of the collapsed building. Ebenezer was asleep when the building collapsed and died in his sleep. If Stella had known he was in the house at the time of the rains, they would tried saving him. 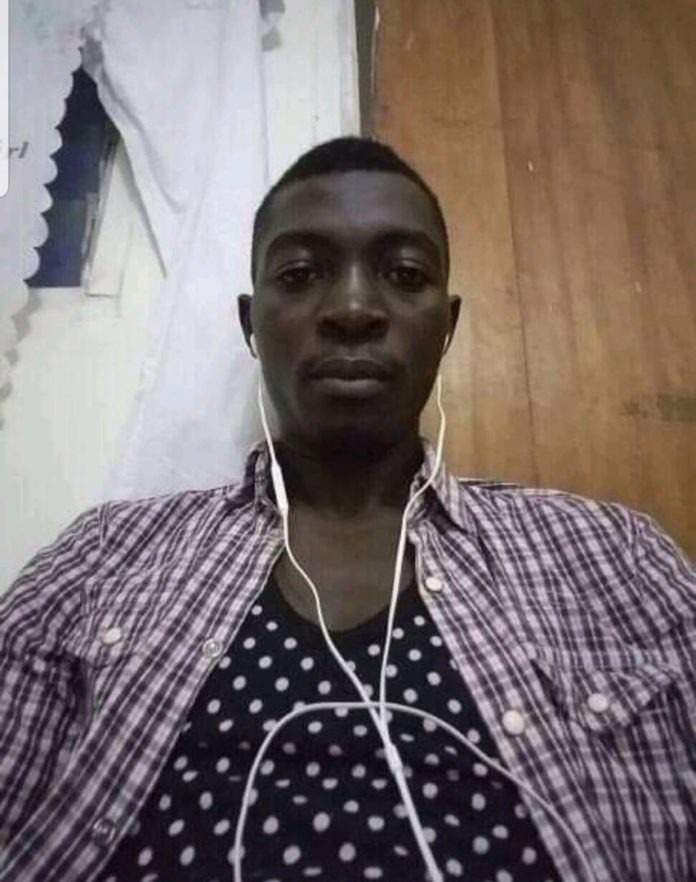 Ebenezer was already dead when one of the rescue team members found his legs hanging from beneath the collapsed building. He was taken to the hospital but was confirmed dead upon arrival. With the exception of Ebenezer Amoh who died on spot, the rest of the three surviving victims; Stella's father, and two younger siblings are all responding to treatment at the Bibiani Government Hospital.