The unfortunate deaths in Ejura has raised so much concerns about security in the country. Many have criticized the President Akufo-Addo government for the spate of increased crimes. A probe has been established to probe into the incidents at Ejura last week. Yesterday, the NDC staged a protest march to complain and call for justice for the unaccounted for crimes in the country.

Today, Wednesday, July 7, 2021 Malik Basintale NDC’s Savannah Region Communications Director and Kamal Deen, a Deputy NPP Communications Director joined Berla Mundi on TV3’s ‘New Day’. The panel delved deep into the committee probing into the Ejura incident. Berla queried Kamal on 2 important issues. The first dealt with calls for the Ashanti Regional Minister to be fired and the second related to the possibility of anything coming out of the findings. 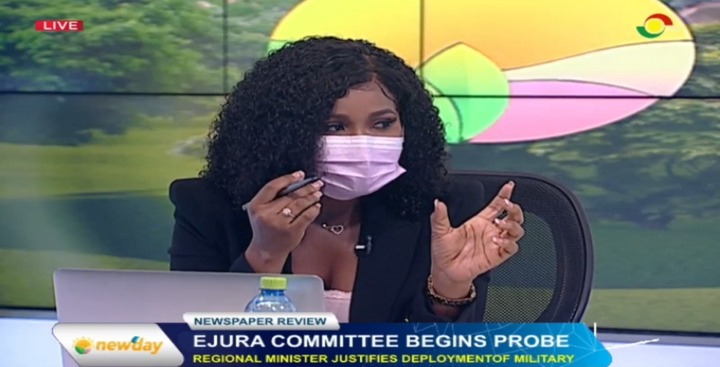 “No, you are not doing the committee’s work. Allow the committee to be done with their findings. We shouldn’t jump the gun. That is very speculative. As a journalist to ask this is very speculative. You cannot say that he should be fired We shouldn’t jump the gun and say the findings will not be implemented. People are yet to be listened to. Anybody who speculates that nothing will come out of this I think the person is not fair” Kamal Deen explained.

According to Kamal Deen he stands against any calls that the Minister should be fired. He noted that worse things happened under the NDC and yet nothing happened. He explained further that in the Ayawaso West Wugon that Berla was referring to the recommendations were implemented.