A 28 year old boy has been shot dead by his 2 friends for chasing one girl.

By Yawkyeinews (self meida writer) | 1 months 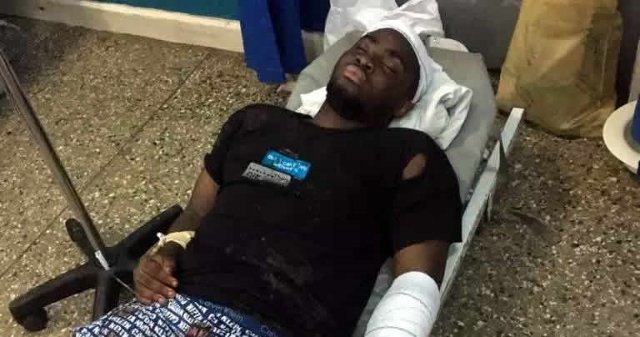 Mr. Amaley a 28 year old boy from Adenkyensu has been killed by his 2 friends when they were on their way to farm. Kofi from Aduasa who was also going to farm saw Amaley on the ground with a lot of blood all over the body.

He went close to him and he saw that he is breathing but couldn't talk, so he shouted for held but no one comes. He carried him at his back to the road side and bored a car to the hospital.

The nurses gave him some injections and in 10 minutes time, he came back to normal and he was asking why he is here. The nurses asked him what happened and he said he has been shot by his friends due some misunderstanding between him and his friends about a certain girl in their village.

He said the girl came and spent the night with him yesterday not knowing that same girl is dating his friend. So this morning, he was washing his face and his friend came to push him to the ground and said if I don't take care he will kill me so I apologized and he left.

But on our way to farm, the other friend raised the issue again and it was like he was laughing at him so he got angry and he started exchanging words with me. I know him very well so I just apologized to him and he gave me a heavy slap and pushed to the ground.

The way he was angry, he couldn't control himself so I started running and he said if I don't stop he will shoot me but I was afraid so I was still running and all that I head is the sound of his gun.

The doctor told the family to report the case to the police and because the blood was heavily coming the nurses prepared him for surgery at the theatre but unfortunately he passed away during the process of removing the bullets from his body.

The police was able to arrest the other friend but the one who shot him is nowhere to be found. And they are trying their best to get him arrest.

Please follow me for new updates. Thanks for reading