Trouble For Kaaka’s Brother; Key Witness And Husband Were Threatened For Reporting Him To Police 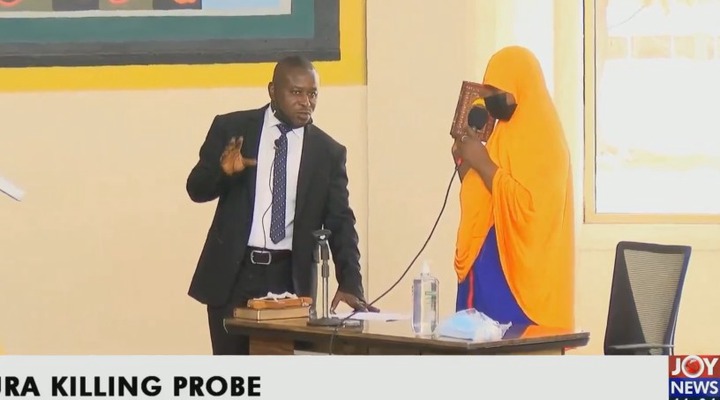 It has been disclosed that the key witness in Ibrahim Mohammed Kaaka’s murder, Sadia Fuseini and her husband, Fuseini Ibrahim have been threatened by the Ejura youth for reporting the suspected murder, Baba Iddi Mohammed [brother of Kaaka] to the Police. According to Mr. Fuseini, he was compelled to take the wife into hiding learning of the threat from the community after the arrest of Baba Iddi.

He told the Justice Koomson’s Committee of Inquiry into the Ejura Killings that the wife has been apprehensive since the murder was committed and with heightened fear due to the threat.

“Some the Ejura boys were looking for me that I lied against Baba Iddi. I took her to a secret place to hide because of the threat from the youth,” he told the committee this morning. 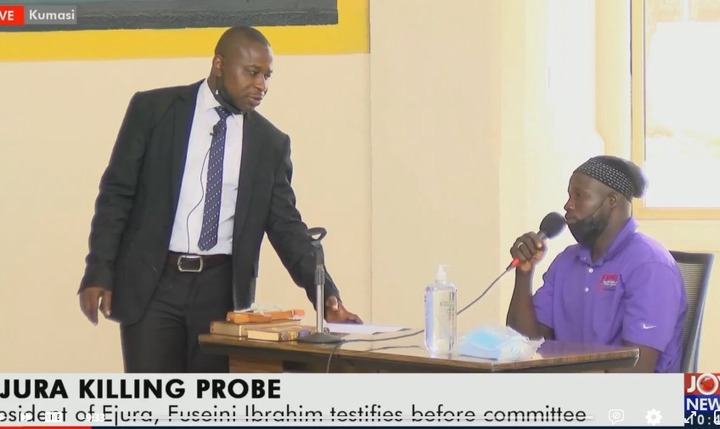 He disclosed that the wife, Sadia Fuseini is a very reserved person and feared speaking about the issue when it happened. He noted that wife claimed to have witnessed Baba Iddi dragging the late Kaaka to the bathroom the night of the assault.

Fearing for the implications of telling the truth to such a gruesome murder, the husband reported the incident to the Uncle [Baba Mohammed Mohammed] who then advised them to hold on to the information when the news broke about Kaaka’s death on Monday.

Mr. Fuseini indicated that himself, the wife and Uncle then reported the crime to the police that evening and caused Baba Iddi’s arrest at dawn.

“On Monday there were so much rumor that somebody might have come in to murder Kaaka, so I went and consulted my uncle regarding the information given to me by my wife. At that time the body of Kaaka has been deposited at the morgue so he [Uncle] advised that I wait for a while and report to the police later in the evening.

“So, myself, wife and uncle went to the police station. We reported the matter to the police and they promised that they will come to the house and arrest the suspect [Iddi] that night. So, I waited till 12 am midnight and directed them to the suspect,” he recounted.

Her account confirms earlier report about how Kaaka was murdered. In her testimony before the committee, Sadia noted that she witnessed Baba Iddi drag the body of Macho Kaaka to the bathroom that dawn. She had knocked at the door of Kaaka’s room and drawn the attention of the wife to the incident.

“That same night I was performing ablution for prayer. I heard the sound of Kaaka’s motorbike coming to the house. Suddenly I heard striking sound. I thought it was the motorbike that had fallen. So, I stopped whatever I was doing and monitored. I heard someone groaning. I came out and saw whatever it is.

“When I came out, I saw Kaaka’a elder brother holding his hand and pulling him to the darkness towards the bathroom. At that time there was light but suddenly the power went off. I run to knocked at Kaaka’s wife door. After knocking Kaaka’s door, I met Iddi and he was going out. I heard a friend who is also a neighbour who came out because of the screams and knocking, and she also met Baba on the road.”

Her fear as she reported the incident was that her story would be disposed off as untrue because they are relatives. Saida told the committee her prayer was only to see Kaaka recover from the assault and tell who attacked him.

“Because Baba Iddi is the brother of Kaaka, I was afraid to mention this. I was just praying that Kaaka will recover so he himself will name who caused that harm to him,” Sadie Fuseini mentioned.