On the Hwidiem to Goaso road, saw a Mitsubishi L200 truck driving from Sunyani to Akrodie through Goaso. The truck which was loaded with cocoa beans in sacks was driven by a 55-year-old driver from Angels Cocoa Buyers (ACB) Company. The driver Thomas Thompson, according to his narration to the Hwidiem Police Service, was driving at a top speed of 65km/h on the 80km/h road when the loaded long vehicle truck carrying salvage metals carelessly bumped into a pothole and crashed him. 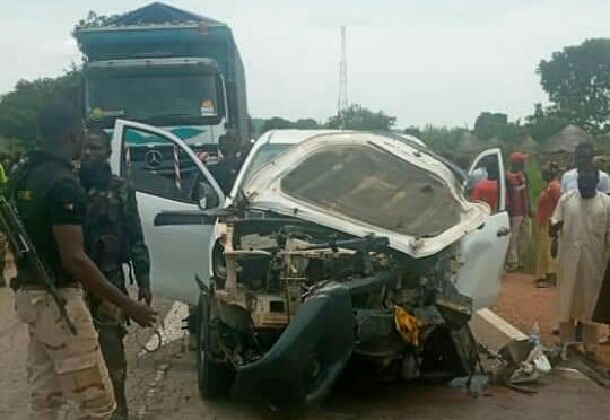 I was trying to overtake the long vehicle truck on the Samsam junction but it kept moving from side to side, taking the whole road and making it impossible to overtake him. He was driving carelessly on the road, something more of sleep-driving and I kept horning my horns at him to wake him up if he was sleeping, the Mitsubishi driver Thomas Thompson narrated.

For twenty minutes, the long vehicle driver kept denying Thomas the chance to overtake him from Samsam junction; a 20km road away from Hwidiem. The long vehicle with loaded metal scraps moved from the Hwidiem to Goaso road and occupied a bit of the Goaso to Hwidiem road making it difficult for Thomas to overtake him.

According to the police report from Thomas Thompson, the long vehicle driver did move back to the correct lane and positioned himself anytime he sees an oncoming car. But when Thomas tried to overtake him from his back, he moved back to the middle of the road occupying both lanes, Thomas said in his report.

The long vehicle driver did refute all the arguments against him by Thomas and pleaded with the police to forgive him for not arranging his goods well. At the curve leading to Hwidiem township, was when Thomas got a clear chance to overtake the long vehicle truck and tried using that to overtake him. 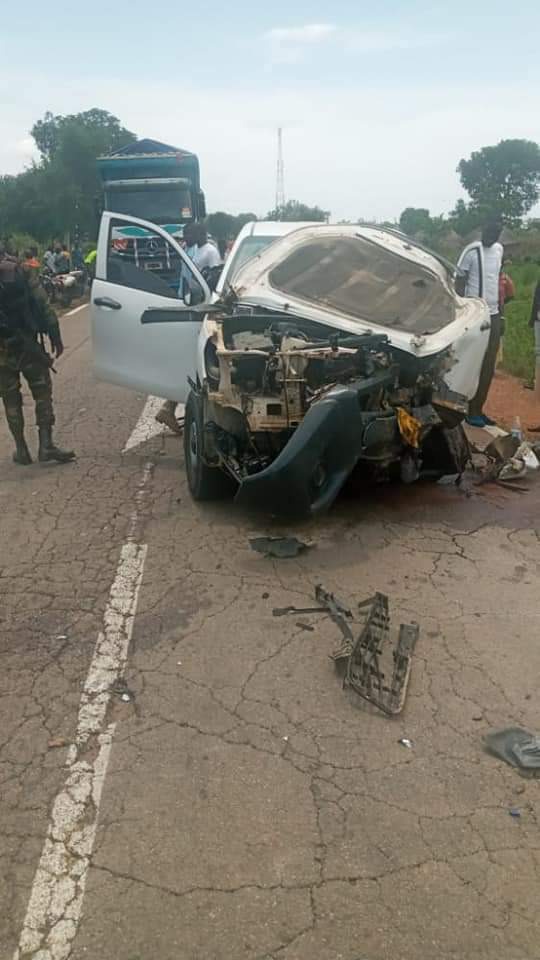 Thomas in the middle of his overtaking, right before getting side on side with the long vehicle's driver, was where one of the metal scraps moved from the long vehicle container and crashed on his hood causing total damage to the car. The front passenger seat occupant of Thomas' car had head cuts and bruises on her head as Thomas had minor injuries.

There were no casualties and both drivers were saved by an operation calm life patrol team that was making road patrols. The army officers took the victims of the crash to St. Mary's Hospital before the arrival of the Hwidiem police. Though the police haven't concluded their investigations, but residents who witnessed the accident blamed both drivers for driving carelessly on the road.

You shouldn't have made overtaking on a curve, what if an oncoming car did meet you and caused greater collusion, residents blamed Thomas for failing to obey road laws. Karim Omendo, a Shepherd owner who witnessed the accident told the police officers that, both drivers were the cause of the accident.

The long vehicle kept occupying the road and I saw him from afar, but the smaller pickup truck should have exercised patience but decided to overtake on a curve. Both drivers are the cause of the crash, Karim narrated to the Hwidiem police officers upon arrival to the scene. 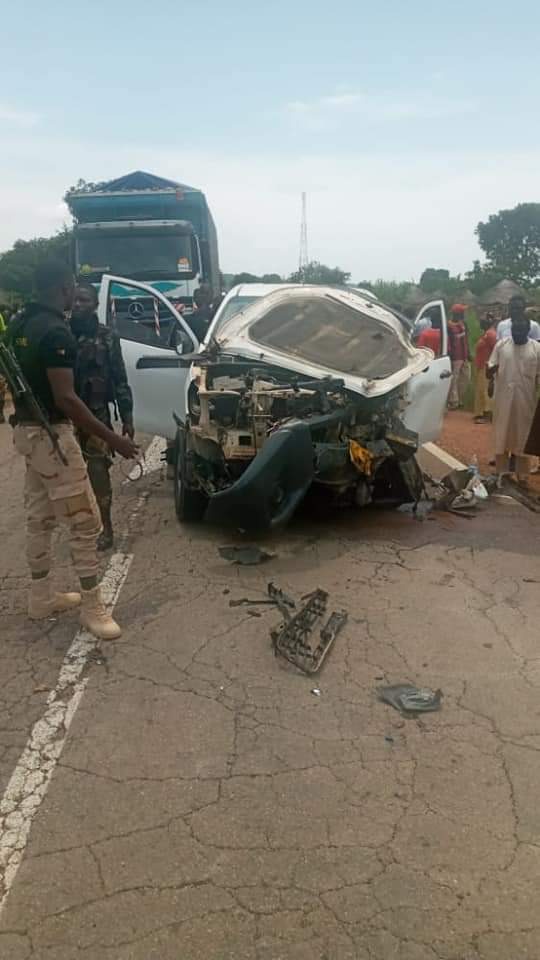 The accident which occurred yesterday evening on the Goaso to Hwidiem road will be cleared this morning to ease road traffic. Towing trucks from Goaso are on the scene preparing to get both trucks out of the road to ease traffic.