Dr. Dampare has earned a lot of appreciation from civilians since his appointment as the Inspector General of Police, as most people believe he is bringing some rationality to the police force. Since taking office, he has worked tirelessly to guarantee that the country's security is among the greatest in the world, and that the police force meets international standards.

This is supposed to make Ghanaian citizens feel safer in the long run, as well as boost the Ghana police service's reputation among the country's citizens. When we look at the current statements about the Ghana police, we can see that Dr. Dampare is making significant progress.

Nonetheless, as diverse as we are as individuals, there will be those who hold opposing viewpoints for reasons only they know about. In a video conversation with Alhaji Sani, a prominent member of the National Democratic Congress, he appears to hold a different viewpoint on the IGP.

Despite the fact that many people have complimented the IGP for his work since taking office, Alhaji Sani says he does not believe in him. If the IGP authorized his men to arrest captain Smart for criticizing politicians because he believes they have failed their people, he does not and will never believe in Dr. Dampare, according to him.

Another point of contention was Adwoa Sarfo's purported impersonation. He added that anyone familiar with Adwoa Sarfo could tell it wasn't her, and that the person was probably wearing a rubber mask. The arrest of Captain Smart was the most recent problem that caused Alhaji to declare his disbelief in Dr. Dampare. 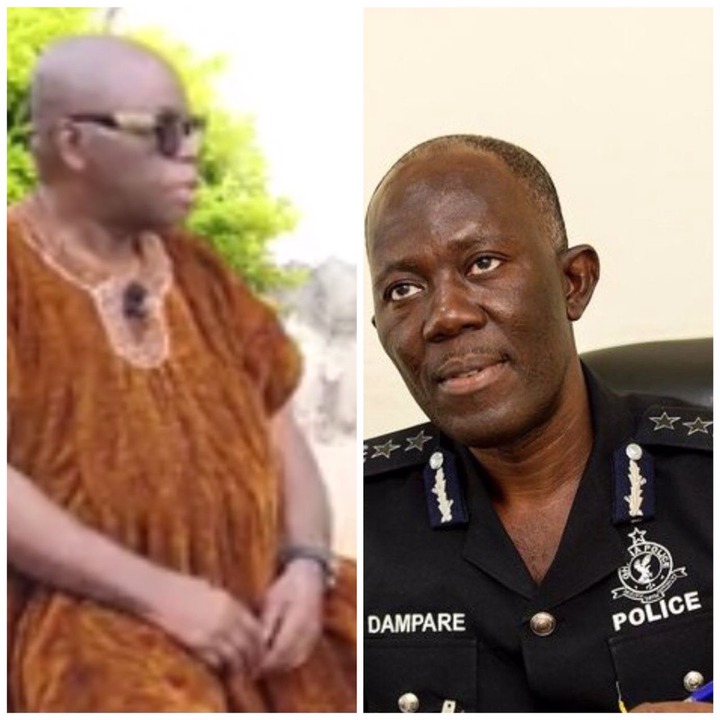 Was there really the need to arrest captain Smart? You can share your opinion. Below is the video link for the interview