The security personnel who went to Ejura received backlash from thousands of Ghanaians.

By Manneveris (self meida writer) | 28 days 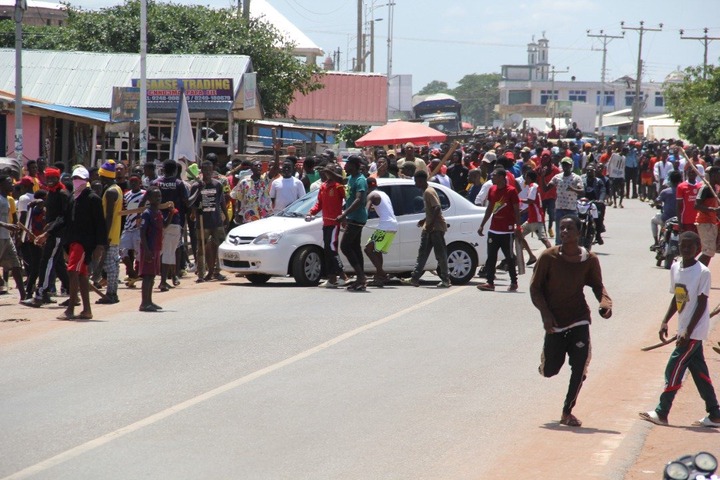 Yesterday was a very sad for the people of Ejura and Ghana as well. There was a fall-out between the youth of the Ejura and the security agency. There is a Ghanaian adage which says that, there is no smoke without fire. Report indicates that one Ibrahim Kaaka Mohammed who was known for bringing out and exposing uncompleted projects and abundant projects and ill practices which ought to be stopped or addressed in Ejura and it's surroundings was murdered. Information has it that, last Saturday in the midnight he heard some noise from his pen, so he decided to go and check. 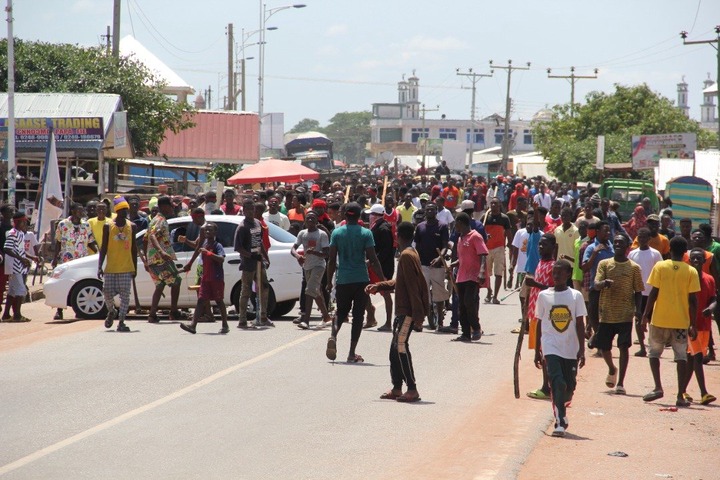 When he got there he was ambushed by unknown gang who beat the hell out of him till he became unconscious and they left him there. He was then taken to the hospital where he died on Monday. When he was being taken to the cemetery the youth became irritated of the circumstances surrounding his death and blocked the main road in the town and they were also burning tyres to express their anger and frustration.

Their actions caused serious vehicular traffic and the police came to calm things down but the youth insisted that it was just the tip of the iceberg what they have under their sleeves. In the early hours of yesterday, the youth went haywire. The police personnel who came couldn't calm the situation down and requested for backup in the form of military personnels. 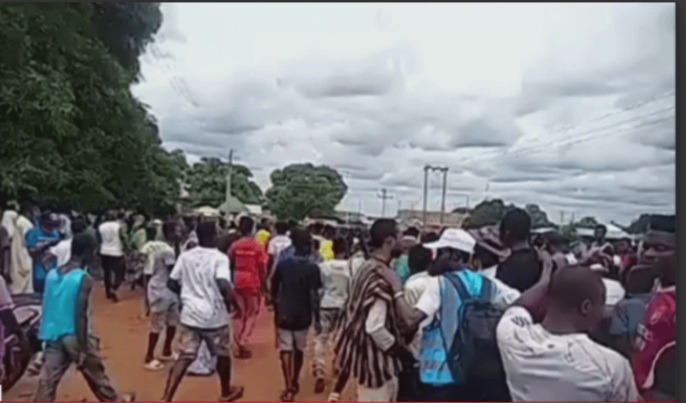 The presences of the military worsened the situation in that two civilians were allegedly shot dead with many others sustaining various forms of injuries. Thousands of Ghanaians have condemned the actions of the security personnels for shooting and aiming at civilians. Ghanaians are of the view that security personnels were to protect the the lives of people but not to take it from them. 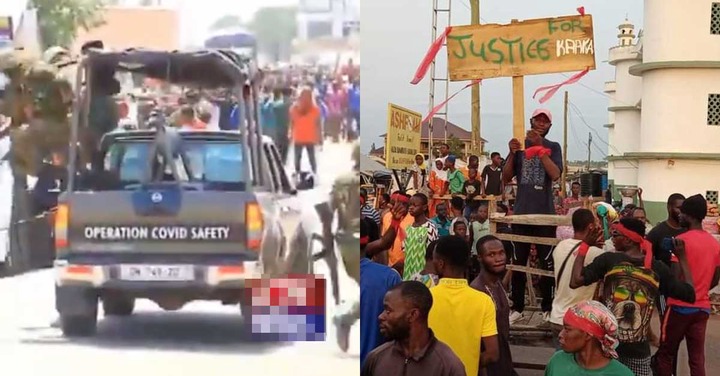 Many Ghanaians believe that the security personnels have gone through training of handling mob actions and controlling crowd so they should have used a different approach and not shooting with life bullets at the crowd.

Content created and supplied by: Manneveris (via Opera News )