By TheUnirelFeeds (self media writer) | 5 months ago 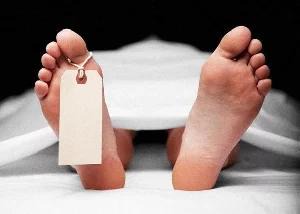 Apart from accidents, one of the major causes of the rampant death cases in the country(Ghana) this year is continuous and merciless MURDER! where assailants both known and unknown take the dear lives of innocent people.

Not long ago, a policewoman's life was wasted off by her boyfriend and now a student has been stabbed to death. I might be faithful in my opinions, Ghana is no longer a safer place as evidenced in the content enclosed in this article publication.

A policewoman was slain by her boyfriend not long ago, and now a student has been stabbed.

Atinka TV has confirmed the occurrence during their news "6:00pm news presentation" today August 6, 2021. According to the account, the boy, who was bleeding heavily, asked a provision shop owner for water and then passed out after drinking it.

Ebenezer Dzikunu, the student's father, told the media house that his wife had called him at 9:30 p.m. to alert him of the death of their son, who had been stabbed earlier in their neighbourhood by unknown assailants.

“Around 9:30pm, we received an emergency call that Eric had been stabbed to death, but afterwards, they discovered blood was oozing from his nose. They later rushed him to the hospital where he was pronounced dead, he said.

Content created and supplied by: TheUnirelFeeds (via Opera News )