A 24 years old man by the name of Benjamin Danquah has set his family house on fire at midnight and has escaped. According to the grandmother of the accused, Benjamin used Kerosene and matches to start the fire deep in the night. The family members were asleep when Benjamin poured kerosene round about the house and set it on fire. 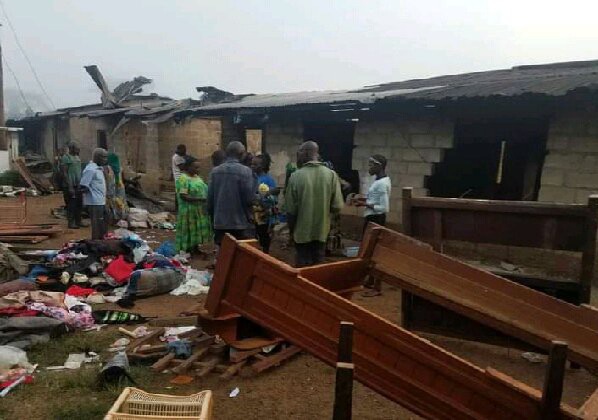 He intended to burn his family members alive. This incident occurred at Obomeng in the Eastern region. A man who saw him in the act, Yaw Pre said he was coming from a drinking spot drunk when he saw Benjamin pouring the kerosene around the house. He called him useless and told him that it was better to get drunk than to kill people. 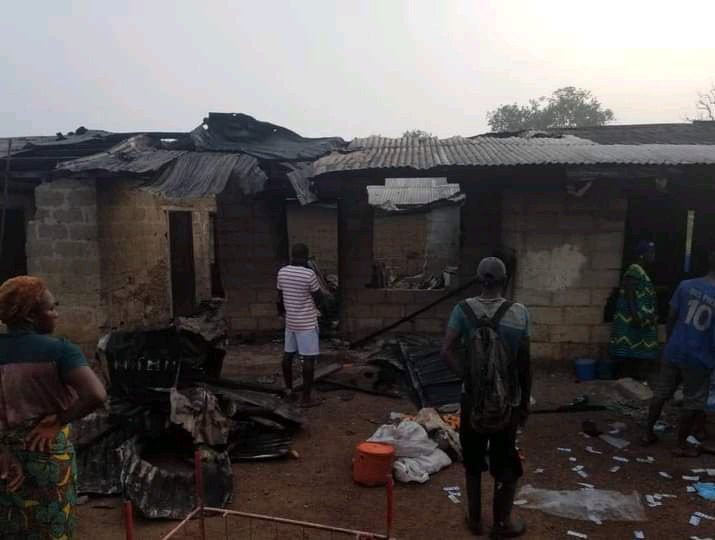 Benjamin did not listen to what Yaw was saying and sparked the matches. Yaw kept on insulting him on top of his voice. He called him an evil child for wanting to kill his family members. This woke his grandmother up. Eno Guira Afrifa woke the other family members up and they managed to escape the house before the fire became wild. 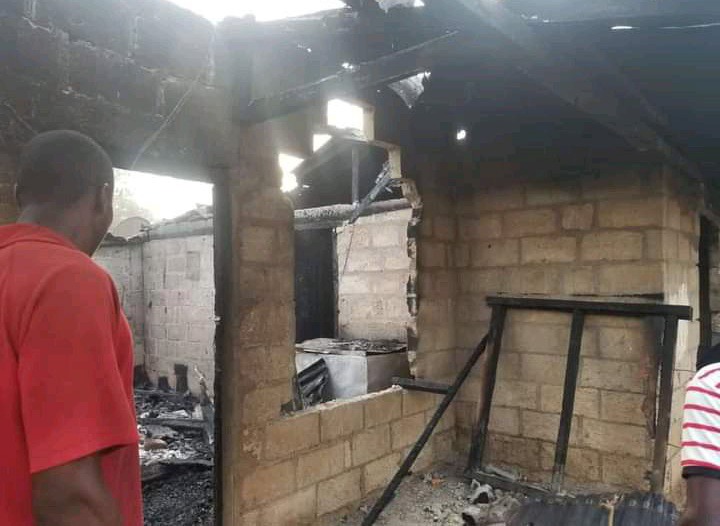 Eno Afrifa said the exchange of words between Yaw Pre and Benjamin woke her up and decided to have a look at what was going on. She went out and saw the fire and that helped them to escape. If not for the noise she had heard out, they would have all died today. She added that when she got out and started waking others up, Benjamin started calling them witches who destroying his life. 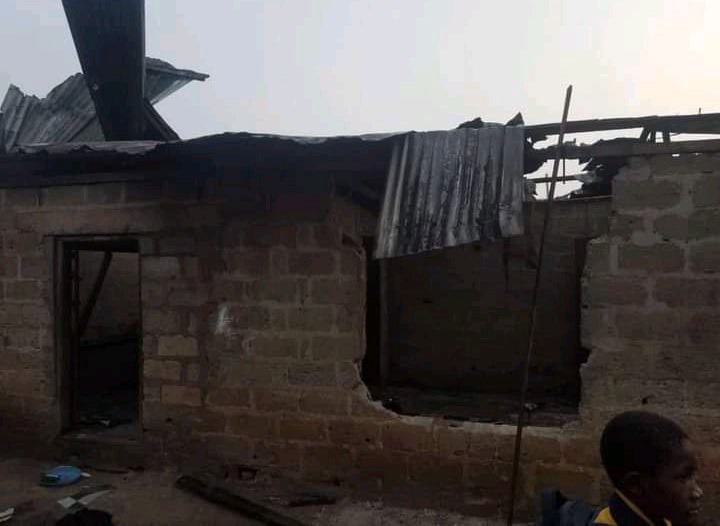 So he has decided to kill them all to end his suffering. Eno Afrifa disclosed that during childbirth, her daughter Boatemaa had some challenges and chose to save her child's life and lose hers. And that child is Benjamin who has now grown to kill his family members. It is his grandmother who has suffered to cater for him since childbirth and he is now calling her a witch. 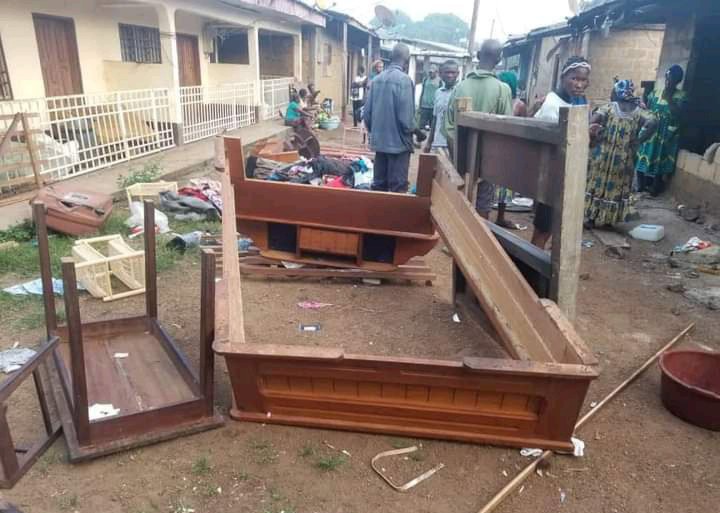 She added that Benjamin started accusing his family members at the age of 17 till now. No life was lost but all their properties in the nine rooms of the house have been destroyed. The fire which started at midnight was put out at about 4 am. The accused has since not been found after he run away from the scene.