The joint Police and Military operations: What Ghanaians must know about their line of duties.

By CornerNewsUpdate (self meida writer) | 28 days 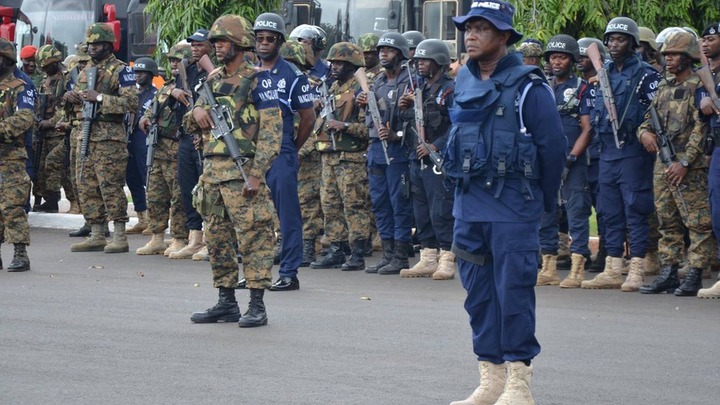 In Ghana, especially in the recent times, there have been several clashes involving the ‘joint police and military task force’ and some civilians; with some of the clashes resulting in deaths of and injuries.

Most of these clashes have called for voices; from some notable people and the Ghanaian public as a whole; who have all condemned the use, or the involvement of the Military, in the maintenance of peace and order in the country; especially when it mostly results in death and injuries.

In this episode, we look at the core functions of the Ghana Police Service and the Ghana Armed Forces; and also why the need for the police and the military to join forces in maintaining peace and order internally. 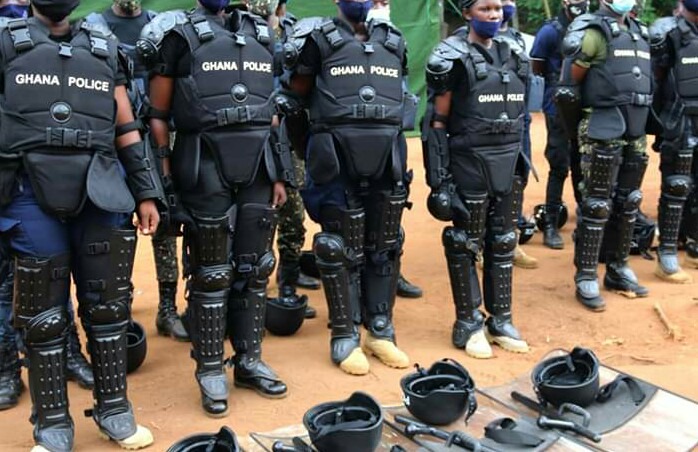 The Ghana Police Service is one of the Public Sector Organizations (PSOs), under the Ministry of the Interior. It is a single cohesive unit, organized on national basis with a unified command, under the leadership of the Inspector General of Police [IGP].

The values of the police service include; honesty and fairness in all activities, work in partnership with the communities; the police must be impartial, they must value human life, respect the dignity of each individual and render service with courtesy and civility. Beside these, the police must be confidential, disciplined, serve with excellence, be respectful, open and accountable to the community.

The Ghana Police Service renders very many invaluable contributions to the nation on daily basis by providing. According to the Constitution; Section 1 of the Police Act 1970 (Act 350), the main functions of the police, is to maintain peace, prevent and detect crime, to apprehend and prosecute of offenders; to maintain public order and safety of persons and properties.

Beside these normal duties, the Ghana police, also renders other important services; like Performing Motor Traffic duties to ensure safety on our roads, vetting and issuance of Police Criminal check certificates, assisting and helping the female gender; to deal with traumatic and psychological problems; as a result of sexual abuse (WAJU deals with this), and etc. 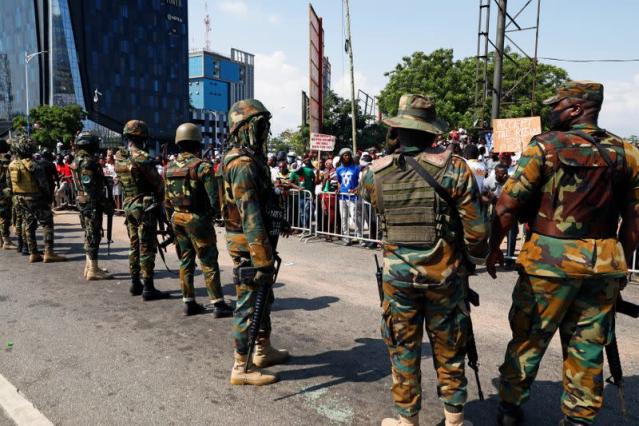 The Ghana Armed Forces (GAF) is the unified armed force of Ghana, consisting of the Army (GA), Navy (GN), and Ghana Air Force. The Commander-in-Chief of the Ghana Armed Forces is the President of Ghana, who is also the supreme military commander of the Border Guard Unit (BGU). The Armed Forces are managed by the Minister of Defence and the Chief of Defense Staff.

The core functions of the Armed Forces are to formulate and implement National Defence Policies; relating to peacekeeping, internal and external security, and the total defence of the State. The Ghana Army defends the territorial integrity of Ghana by Land, Sea and Air.

The Ghanaian’s constitution stipulates; that the Armed Forces shall be equipped and maintained, to perform their role of defence of Ghana, as well as such other func¬tions for the development of Ghana as the President may determine 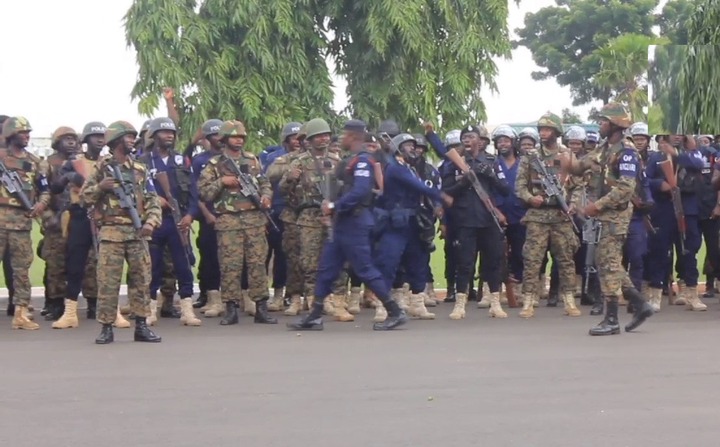 The joint police and military task force, is composed of the police and Military; operating under a single joint force commander, and tasked to work on a single defined task or activity.

Apart from their core functions listed above, the Ghana Police and the Ghana Armed Forces also engages in joint operations, to tackle very difficult situations, like the just ended 2020 general election violence, the ongoing fight against the illegal mining (galamsey), the fight against the increasing rate of armed robbery in the country, the joint police and military task force… currently evacuating traders from the Agbogbloshie Market, to Adjen Kotoku Market, and many others.

What do you think of the Joint Police and Military Task Force, and the challenges of internal security operations in Ghana?

Do you think the joint police and military task forces are needed?

What Guys Must Do When A Lady Looks At Them