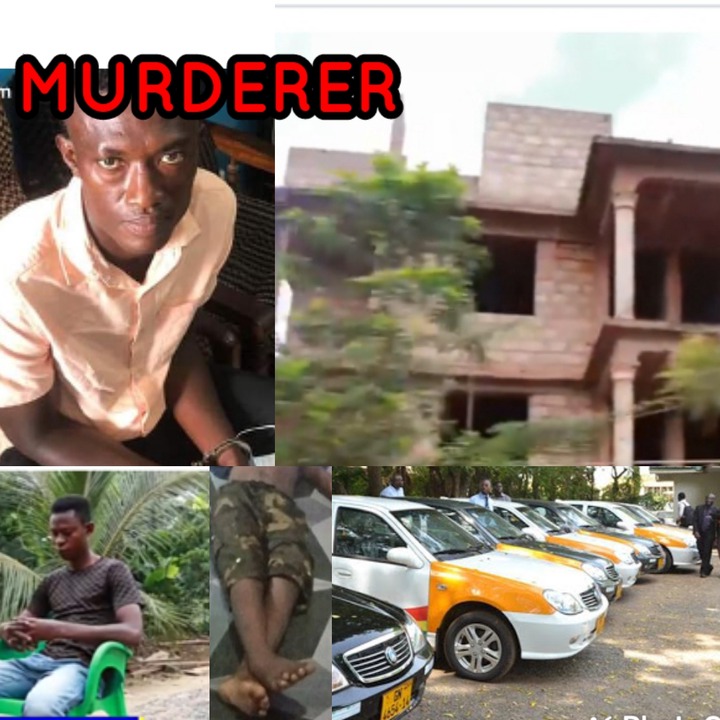 According to Nyame Noah who is the best friend of the arrested Abesim murderer, Richard Appiah told him that he owns over thirteen taxis. In addition, he is having a plush mansion project still Under construction. 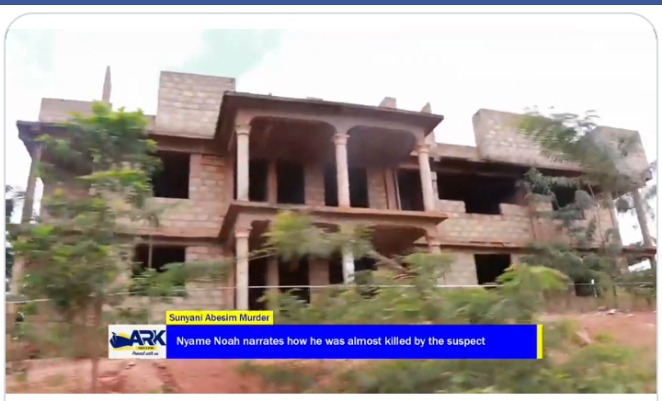 Ark FM Captured the mansion at the crime scene in their interview. 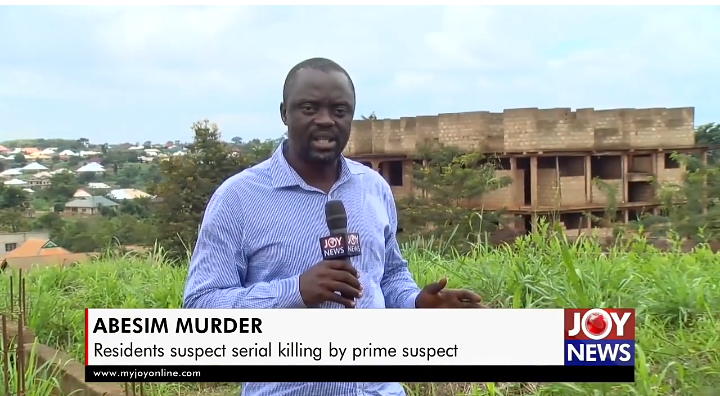 Joy News also captured the same. According to them, Police have put celotape around it and marked it as a crime scene.

Speaking to Sunyani based Ark FM, Nyame Noah explained that, he once approached Richard Appiah to help him get a job. In the course of the conversation, Richard Appiah asked him just one question.

" He asked me that, upon all the people in Abesim why did i Nyame Noah choose to approach him alone ? " Nyame Noah revealed.

" I told him that I've seen him driving different Taxis so I see him to be a responsible Taxi driver and a land surveyor" He responded.

According to Nyame Noah, that was when Richard Appiah told him that it's true that he owns over ten Taxis and have an ongoing mansion project. However, Taxi driving is not his job. Neither does he want to live on future income from his mansion when rented out.

Richard also told him that, he is a responsible personality who works with a big office in Sunyani. Therefore he ( Nyame Noah) Should keep visiting and help him on the farm. When he is satisfied, he will get him a white color job at his workplace.

This gave the jobless Man a sense of hope. He kept visiting him and helped him in the cocoa farm. One day, he suspected that Richard Appiah wanted to kill him in the farm due to his strange actions portrayed at the farm. After unsuccessful attempt, he ( Nyame Noah) chose not to go near him again.

" I suspected him because at a point, he will pick cutlass and stand at my back. When I See that, he will pretend to be weeding. As soon as I turn my eyes, he will be staring me trying to raise the cutlass again". Nyame Noah added.

When Richard Appiah was arrested few days later. That gave him a clear indication that Indeed his suspicion was right. Richard Appiah the self acclaimed officer with cars and mansions was a murderer and wanted to "Finish" him.

Watch his sad interview with Ark FM below.