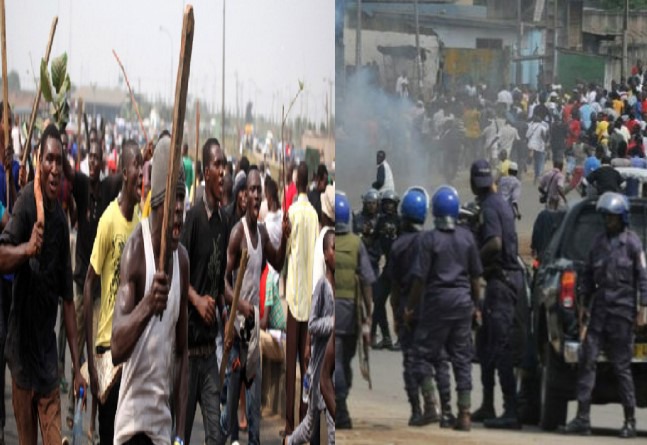 Some irate youth armed with machetes and other weapons clashed with the Tema West Municipal Assembly Taskforce that was on a demolition exercise today. A gun was fired in that chaotic incident but police are yet to tell who fired the weapon.

The Police are equally silent on whether or not there were any casualties. However, it is reported that the threat that was waged on the Municipal Taskforce while they were executing their demolition assignment at Batsoona on the Spintex road, was very severe.

Clarifying what happened, the Police indicated that the gun was fired while the Municipal Works Engineer and his team were being rescued from the violent group. The entire exercise which is covered under the Greater Accra Regional Minister’s “Making Accra Work Again” project, was brought to halt for the day.

It is said that the irate youth were resisting the demolition of some structure along that route. One Scofield-Selasi Godsgreat Dartey on Facebook indicated that he witnessed the incident. According to him, someone’s car was destroyed in the process.

It is not clear who the owner is but the comment by Dartey is indicative that the situation was very deadly.

“Hmmm, I was there today. They nearly killed Batsona commander, they destroyed her car, very sad.” 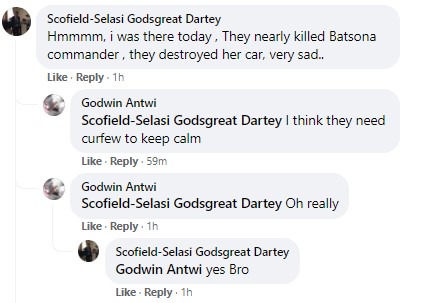 The police say, they will update the public about their investigations into the matter soon. This has not been the first time the task force deployed to undertake such an exercise have been attacked. With the history of violence in that municipality, the task force should be armed to the teeth.

The concerns raised, however, is that some members of the task force have overstepped their authority to demolish some properties which originally were not captured in the work plan. It hasn’t been that easy for some occupants of unauthorized places, as most of these victims have no other place to transact their business.

This “Making Accra Work Again” initiative though legal and deemed relevant, some have construed that it could affect the political fortunes of the ruling New Patriotic Party (NPP). But the Regional Minister is not perturbed by these threats.