Everyone has friends and loved ones who will do anything for them, whether they are alive or dead, and that was what lead the youth of Nyankyerenease to stop the burial of their beloved friend and brother. Nyankyerenase is a town within the Kumasi Metropolis, of the Asante Kingdom. It lies on the North western part of Kumasi and it's is about, forty-five kilometers away from Adum, the central Business Centre of Kumasi. Nyankerenease was the place were the former Asante King, Opoku Ware got shelter from Nyankere plant, when he was looking for a plant to cure one of his soldiers. He named the town Nyankerenease, to symbolize the dominion of Nyankere plants in the town.

Osei Kuffour is a Nyankerenease native, but lives in Abuakwa Tanoso, which is a few kilometers away from Nyankerenease. Osei Kuffour was a Mason at Nyankerenase, until one man saw him, when he went for a funeral celebration in the town. The man Darko, found a friend in Osei Kuffour OK, and that was how he relocated him to Abuakwa Tanoso. Darko thought OK how to drive, and bought a taxi for him to use as his daily meal, because the Mason job wasn't booming. OK after receiving his taxi from his friend, worked tirelessly to show his appreciation for Lawyer Darko, and was able to pay back the car within nineteen months.

Lawyer Darko asked him to give the car to another person, so the person will work for him OK, whiles the lawyer bought him a new car to drive. But OK never agreed because he stressed himself to work twenty-four hours a day, seven days in a week, before he was able to pay the taxi. He didn't want to go through the same process again, despite the lawyer's willingness to support him with financial aid. OK was competent with the first taxi he has been able to pay off, and was ok living with that one. This never broke the friendship between the lawyer, and his new friend.

OK gave the lawyer a friend no-one gave him, and he maintained that friendship till his death. OK on the 25 of December last year, made the lawyer aware of his plans to visit his family at Nyankerenease, but the lawyer turned him down. Lawyer Darko was to leave for Austria on January 15, 2021 so he asked OK to stay with him, until he lives for Austria. Lawyer Darko was going to spend more days there, so OK can also use the same time at Nyankyerenease, whiles he was away in Austria. Both agreed to it, and the lawyer left on the 15th. It was OK who drove the lawyer in his v8 from Atonsu to the airport in Accra, waited for his flight to depart, before coming back to Kumasi.

OK arrived in Kumasi on the 16th of January, parked the car and went back for his taxi. He got dressed and went to Nyankyerenease on the same day he came from Accra. Lawyer Darko was to arrive in Ghana on the 28 of February 2021, but couldn't make the flight, and cancelled it. OK was the one to pick the lawyer from the airport, but stopped because of the flight cancellation. Lawyer called OK on the 1 of March 2021, to tell him of his arrival back to Ghana, on the 5. The lawyer never spoke to OK again after the call on the 1 March 2021, until the night of 4 March. He called OK several times from the night of 4 March, when he was in a flight coming to Ghana. OK never picked any of his calls. Lawyer Darko after arriving in Ghana, lodged into a hotel on the 5, and called a friend of OK, to look for him.

The lawyer stayed in Accra hoping for OK to drive his car from Kumasi and pick him, just to find out he was dead. The friend Manu, broke OK's door when he went there to look for him on the lawyer's call, and found him dead for three days. He sound cries to the Nyankyerenase township, and people couldn't imagine what killed him. Manu informed the lawyer and he couldn't believe it. Family informed the police and investigations were conducted into the murder. Family couldn't imagine keeping the body in mortuary, and decided to bury OK on yesterday, after the police handed them the body on Friday evening.

Youth of Nyankyerenease, stopped the burial of OK yesterday and took him to an undisclosed mortuary, after they forcefully took the body from the family whiles laying in state. Manu who lead the youth, prayed and threatened the family with Lawyer Darko's reputation, before taking the body from them. They believe OK is not a chicken to die, and be buried within the same week. It was OK who provided for them, whiles he was alive. OK never disappointed the youth of Nyankyerenease, ever since he met lawyer Darko. He has through the lawyer's connections, given job to most of the youth, and gives them daily bread from his taxi savings and what the lawyer gives him. Because of his generous giving to the youth, his body was seized from the funeral grounds and sent back to an undisclosed mortuary, which the family is yet to know.

The youth wants the family to give OK a befitting burial, and even if they don't have the money to do so, they are ready to make contributions to give OK a burial he deserves not what the family had planned. Brother of OK, Mr. Opoku Kuffour, believe the youth crossed the line after he found out, the lawyer knew nothing about what happened. The family has since not reported the incident to the police, and are yet to know where the youth has kept the body. Mr. Opoku agreed that, they will sit with the youth and planned for the next actions for the burial, when they get the body back. They wanted to bury OK, because the body was in bad condition. The youth went ahead to cover the burial pit which the family was to pit OK's body in. 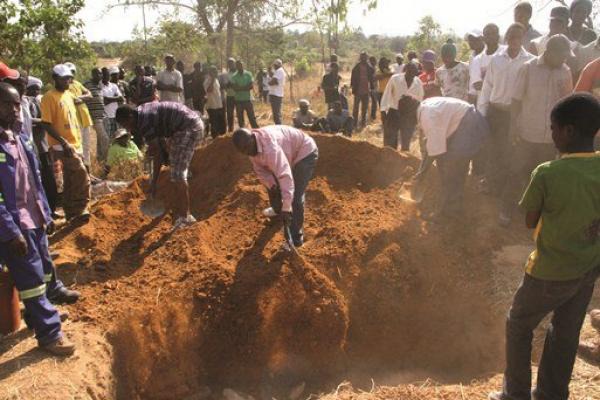 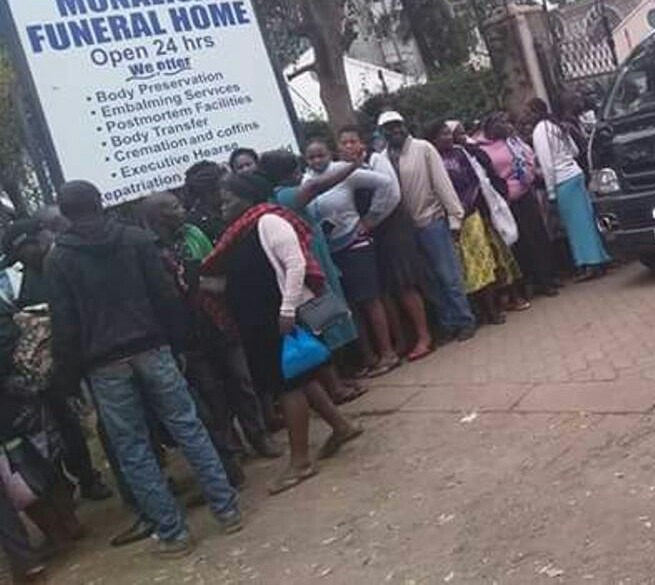