Rural Urban Migration In Ghana and Its Impact

By DemPolice (self media writer) | 1 month ago 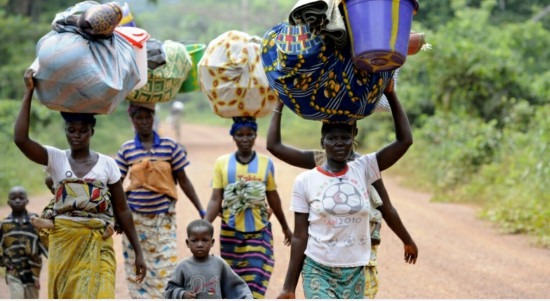 Rural Urban migration takes place in the country, every single day. People move to urban centres like Accra, Kumasi, Cape Coast, among others. Accra is usually the target of these rural - urban migrants since it is the capital city of the country. 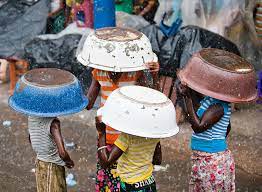 Some also migrate to the urban areas to continue with their schooling in the good schools found in urban centres. Some young people also want to escape from early marriages that are being forced by families, and so they think getting into the urban centre, it will be difficult for their families to trace them. . Aside these, there are several reasons why this type of migration occurs.

However, in either ways, rural - urban migration could also have certain effects on the migrants and those who already live in the urban centres. First of all, there is a high pressure on the available social amenities. There are many government basic schools in urban centres and yet, the number of pupils in some schools cannot come together at one time and would have to run shifts.

Sometimes, hospital wards become so full that some patients are even perched in wheelchairs as they receive treatment. Public toilet facilities in urban centres are sometimes not sufficient for the people living in an area causing people to defecate in places they are not supposed to. 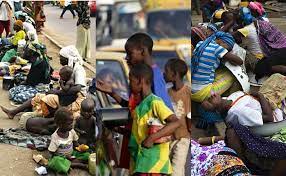 Rural - urban migration has also led to the increase in streetism in the urban centres. Some of these rural dwellers migrate into the city with not enough funds to afford shelter for themselves and the family they brought along. They think the city is the best place to live even if you do not have money.

As they arrive, those who do not have family members they can contact, would have to sleep in front of shops along the street and make the street their home, until they have gathered enough funds to build or rent a house. Some of the young girls are even sometimes impregnated by these street boys and men, leading to an increase in street children who are not properly taken care of.

As they migrate into the cities, the cities become highly populated as compared to the villages they have left behind. The overpopulation in urban centres is the reason why there is lots of vehicular traffic on urban roads each and every day. This is why the urban centres in Ghana are usually overpopulated.

With the overpopulation, it leads to the increase in slums in the urban centres. Those without homes try to put up structures in clumsy manners. Most people raised up in such areas are involved in social vices like armed robbery, prostitution, among others. 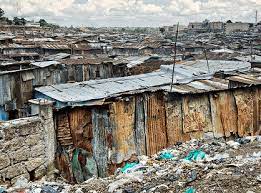 They do this because they do not have enough money to feed themselves and so they use these as a means of getting money. Some parents, will have to force their children into child labour because, upon reaching the city, they want to do anything possible for them to survive. Some of the girls from the northern part of the country also involve themselves in carrying heavy loads in the urban markets for a living.

However, some also come to seek white collar jobs and are able to get it, making life easier for them,, maybe as compared to back in the village. But some of such people will visit the village from time to time to support what they have gained. Almost all rural areas in Ghana lack quality senior high and tertiary institutions. As a result, most rural dwellers on the academic ladder will also have to migrate to the city to get quality education.

In conclusion, rural - migration has lots of effects on the urban centres in the country yet, it would be a bit difficult to restrict the freedom of movement of people in the country and so, the only thing that can be done is to improve the quality of amenities in the rural areas to arouse the interest of rural dwellers to appreciate and live in their communities.