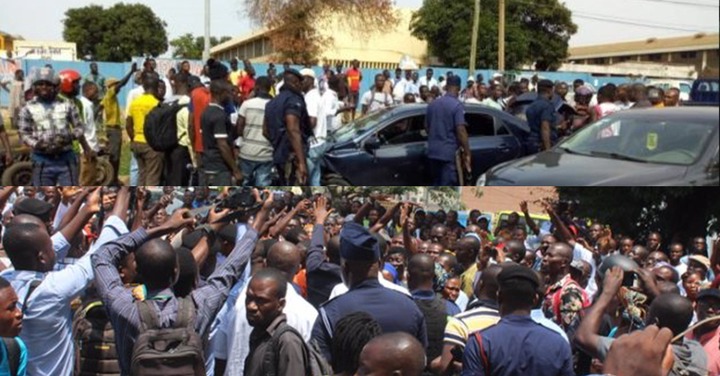 The morning of August 2, 2021, will forever remain one of the saddest days in the calendar of the Ghana Police Service. The entire service has received sad news when one of their officers has been killed mysteriously again. About a week ago, one officer, Constable Emmanuel Osei was buried by his colleague officers after armed robbers killed him in cold blood. Just as the entire country thought the situation is calm, another police constable has been killed in her home.

The Sad news of the death of the police constable has been sadly announced by the Service. The female Police officer whose name is currently being withheld for security reasons was found dead in her apartment in the Savana Region’s town of Damango. Residents in the area are yet to come to terms with the sad situation since such incidences hardly occur there. The home of the constable is currently surrounded by several onlookers who are wondering how it all happened. 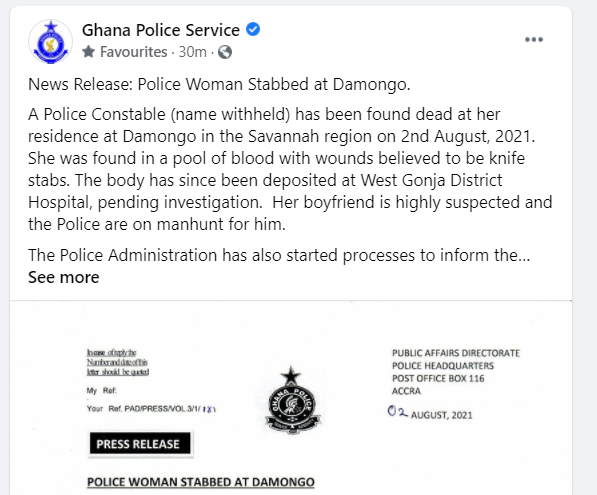 The female police constable was seen lying helplessly with deep knife wounds on parts of her body. It is unknown who committed the crime but the police have announced that his boyfriend could be the culprit. Even though he has bolted, the Ghana Police Service has promised to ensure the boyfriend is apprehended as soon as possible for interrogations. No one is aware of what might have caused the boyfriend to commit the crime if indeed he is the culprit but information indicates that he has been in a relationship with the police constable for many some time now. 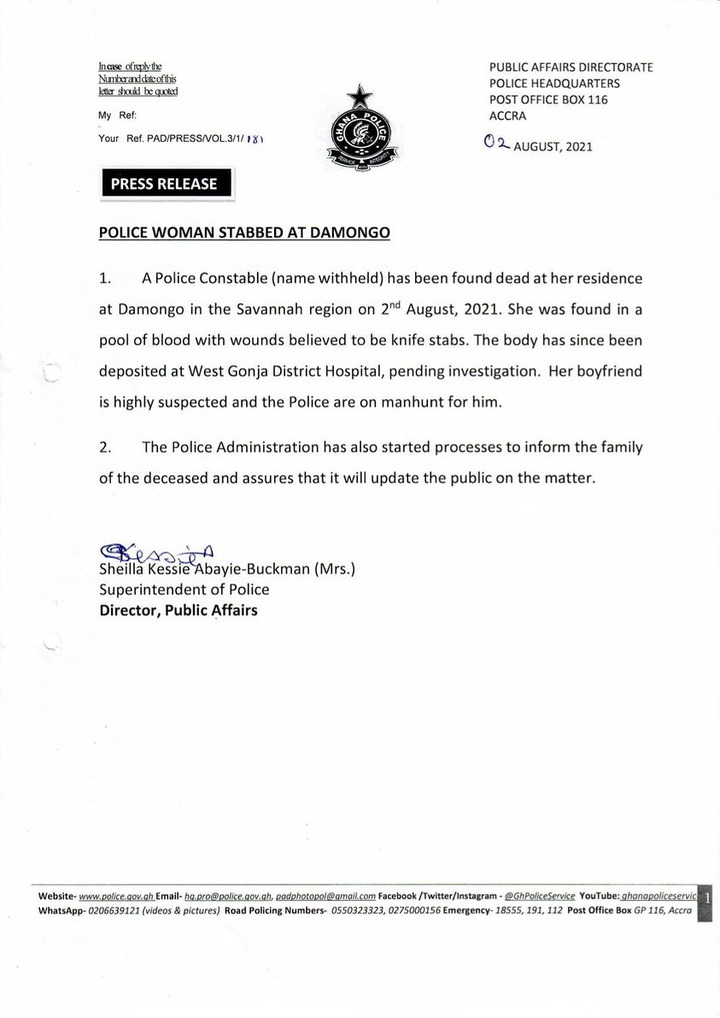 But his absence at the crime scene when his partner has been killed in cold blood is a strong indication that he might be the cause of her death.  The family of the police constable has since been informed about the development and the necessary arrangements are being made to begin the preservation of the body. In the meantime, the body has been sent to the West Gonja District Hospital where thorough investigations are being conducted to know the actual cause of the death. We trust the police to apprehend the suspect/s in the shortest possible time. May her soul rest in peace.