By Upperwestmedia.net (self meida writer) | 24 days 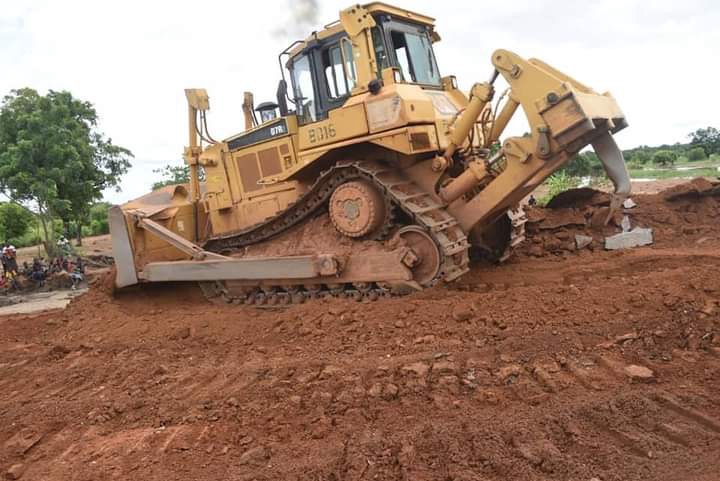 The Upper West Regional Minister, Dr. Hafiz Bin Salih has explained that 3 groups of construction companies have been tasked to fix broken bridges and roads that have halted economic activities in Upper West Region. 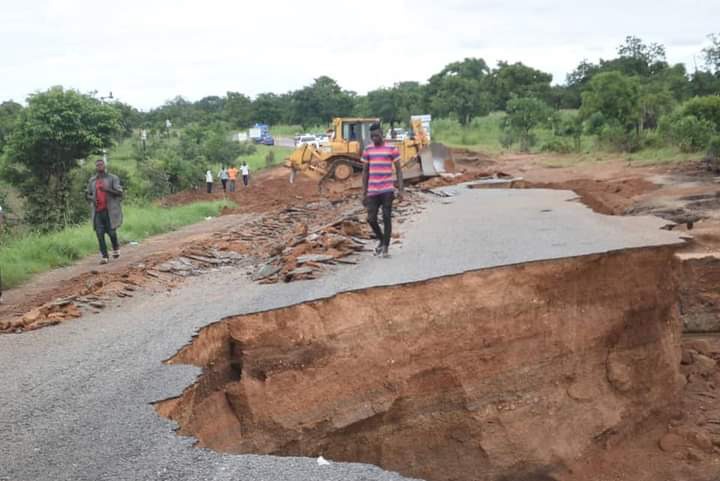 According to the Minister, Work on some roads which were washed away by recent heavy rains in the Upper West Region are being fixed. Four road construction firms were selected to work on the affected roads. The firms are P.W. Ghanem, Mawums Limited, Ashcal Investment Limited and Maripoma Enterprise. We visited one of the sites this afternoon. 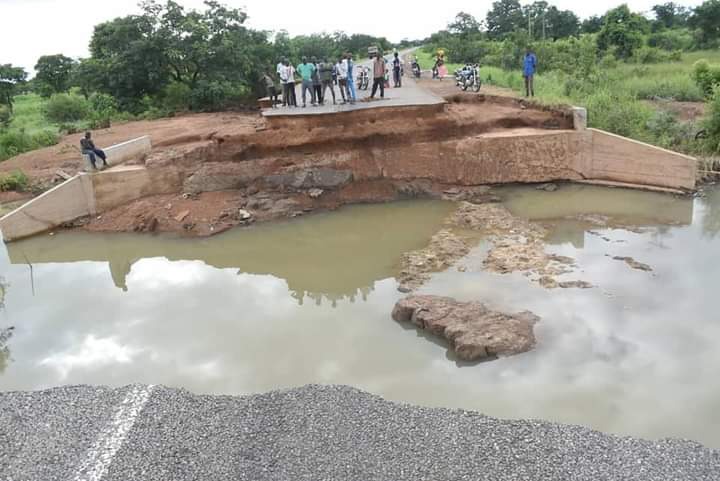 Some farmers in the Daffiama-Issa-Busie (DBI) District of the Upper West Region have explained their plight regarding the devastating state of Friday’s floods on their farms.

Mr Osman Yaakin, a farmer and resident of Tabiasi, said the extend of the damage caused at their farms is unimaginable and that out every 100 farmers, 97 are affected.

He revealed that the floods submerged their farms and carried their crops worth thousands of Ghana Cedis.

Mr Osman Yaakin added that damages caused to their farms can lead to psychological traumas, considering the large acreage of lands that were swept completely by the waters at a time where the farming season is almost out.

He called on the government and other humanitarian agencies to come to their immediate aid.

Another farmer from Duang in the DBI District, Mr Wisi Dapilah narrated that his 20 acre farmland was all submerged and carried away by the floods.

When asked what his plans were following the incident, he expressed no hope of ever doing anything meaningful on the farm as the farming was already at a point where no crop could then be planted.

Last Friday August 13, 2021, parts of the Upper West Region was flooded following hours of heavy downpour which led to the washing away of major commercial roads in the region particularly the Wa-Nadowli-Jirapa-Hamile stretch. The floods has also led to the destruction of farmlands in the affected areas.