One Week After The Ejura Shooting: The Resentment And Pain Left In The Community

It’s a beautiful brand new day At Ejura Sekyeredumase, exactly one week after some members of the community were killed by armed military men. The street where the entire shooting incident happened looks very calm with vehicles and motorcycles moving about their normal duties. Aboboyaa and Pragyia which serve as the main form of transportation could be seen moving within the main streets for businesses.

Most of the residents are yet to come out from their homes due to early morning chores. However, some persons are seen standing in groups and wondering how it all started. The spot where the incident happened had already been cleared. The blood of the innocent persons who were murdered on the day can no longer be seen at the location. Security presence can still be felt in the community. 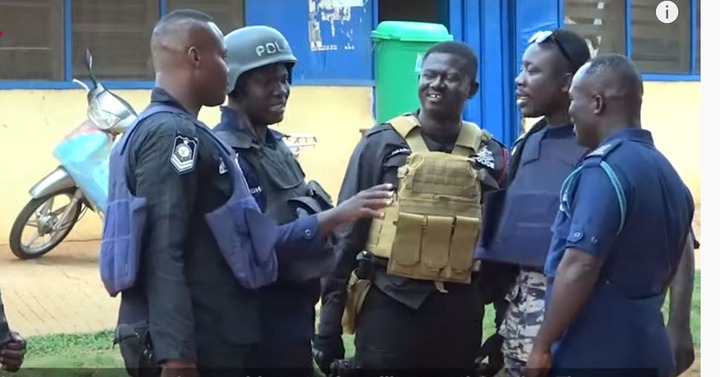 One spectacle that serves as a smudge to the shootings in the community is a transformer that was hit by a bullet. Marks of the billets could be seen written on the transformer which stands on two electricity poles. The books of the Ejura government hospital still have the records of the six persons who were affected on the day. Two died on the spot and four sustained various degrees of injuries. Two out of the four were discharged whilst one was transferred to an advanced facility for medical care.

After one week, residents in the community are still in a moment of grief. The homes of those who died have tents erected where visitors troop in by the day to pay tributes. In the Ghanaian traditional settings, one week celebration is observed for the dead. This is a small gathering where people meet to recount the life of the departed. But the situation is not the same in the Islamic religion, they skip the one-week celebration and observe forty days rites and that is exactly what is happening at Ejura.

The youth in the community who were initially angry about the shooting have calmed down and economic activities in the area have started picking up. However, most of them still have resentment and pain among them and the only solution that can wipe the pain out is justice. They are still in anticipation of justice to be served. For now, we can confirm that calm has been restored to the community after one week of the shooting incident. In the meantime, the three-member committee probing the shooting incident has set the ground to bring finality to the issue.