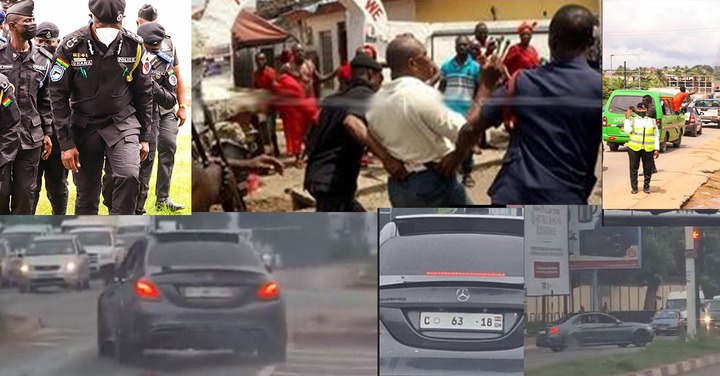 Every aspect of the laws of the country seems to be effective since COP George Akuffo Dampare was confirmed by the president, Nana Addo Dankwa Akufo Addo as the new Inspector General of the Ghana Police Service. Celebrities, commercial drivers, politicians, and ordinary citizens are not having it easy anymore. It is now clear that anyone who breaks the laws of the country will not be spared.

With the increasing addiction to social media by most Ghanaians, no lawlessness shall go unnoticed and the punishment will be meted out accordingly. The driver of a Mercedes Benz with registration number C 63 – 18 is currently the next in line to incur the anger of COP George Akuffo Dampare. He has broken the laws and a motion image of his actions was captured as evidence. The video has since gone viral with many Ghanaians calling for his arrest. 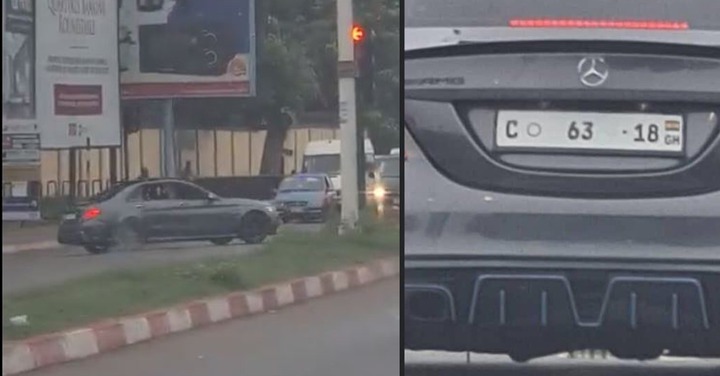 The red light of one of the traffic lights was on and every driver had stopped waiting for the green to move. This driver in a black Mercedes Benz decided to take the laws into his own hands by disobeying the traffic rules. Apart from that, he recklessly moved the vehicle into different lanes in a style that seem unthinkable. He would move up and down on top speed turning the vehicle 360 degrees as if he was in a car race. 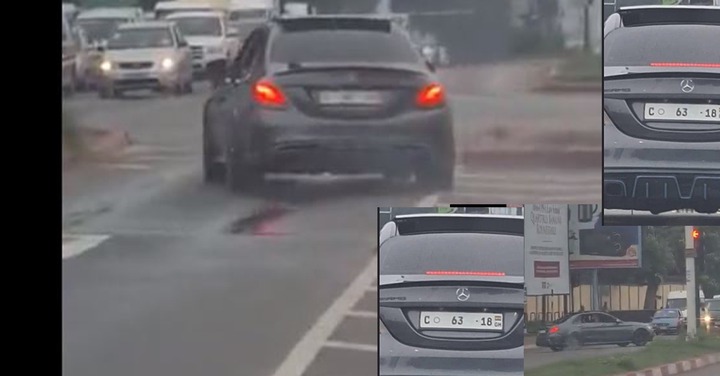 After displaying for some time, the driver moved the vehicle through the red light and left whilst the other drivers look on. His actions have since been condemned by many with a call on the Inspector General of Police to arrest him as quickly as possible. It seems the calls have gotten to the tables of COP George Akuffo Dampare and he has acted. The driver at the center of the recklessness has been grabbed.

Reports indicate that the name of the driver is Kofi Sasa. He was grabbed in the early morning of Sunday from his hideout just a day after his lawless act. The driver, Kofi Sasa will be arranged before the court to answer for his recklessness. He will have to explain why he decided to exhibit such lawlessness on the road. For now, information about his reasons for the act is unknown but details will prevail when he appears before the court. 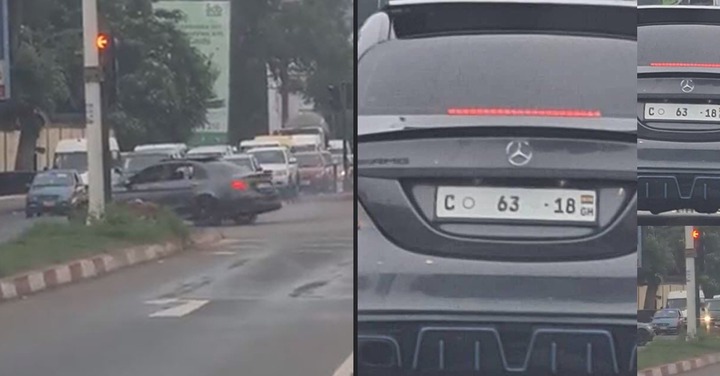 The police command has since been applauded for their swift action in ensuring the driver is arrested. This is another clear signal that nobody is above the laws of the country. COP George Akuffo Dampare did not spare Reverend Owusu Bempah, Shatta Wale was not spared either. Medikal is resting at the prison on remand whilst funny face was not freed. Now, it is clear that anyone who makes any move that is against the laws of the country will be punished. watch the video here