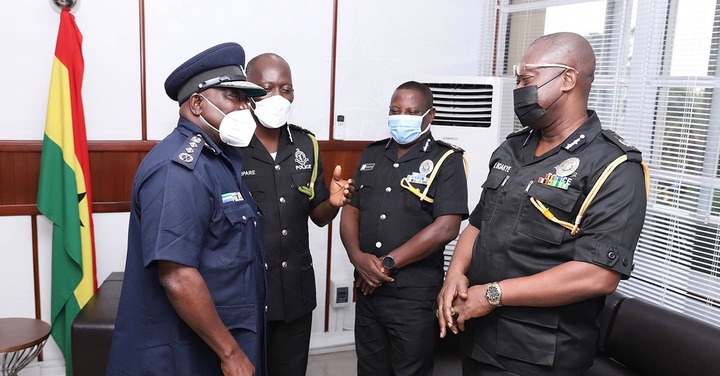 Ghana’s Inspector General of the Police Service COP George Akufo Dampare seems to have caught the eyes of not only Ghanaians but also countries within the neighboring region. Here in Ghana, the New Inspector General of Police, COP George Akuffo Dampare has been well celebrated for his swift in dealing with crime issues and how he has changed the face of policing in the country within the past few months of grabbing the office from James Oppong Buanuh.

He has foiled several armed robbery attacks in the country which hitherto, would have been bloody. His strategy in ensuring the presence of the Ghana Police Service is seen in communities has since received commendations whilst several criminals have been caged in the last few months under his watch. 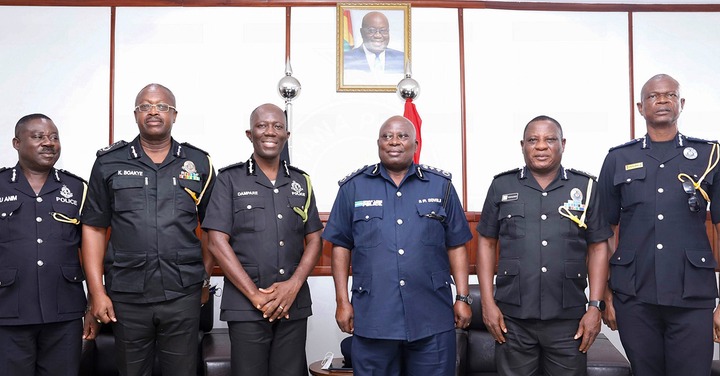 It appears the Police Service in Sierra Leone has been watching him from afar and their Inspector General of Police, Dr. Ambrose Michael Sevula has stormed the headquarters of the Ghana Police Service in the Greater Accra Region to have a deep interaction with COP George Akuffo Dampare face to face.

COP George Akufo Dampare’s strategy in promoting community policing and the fight against criminals was not left out in the lengthy discussions of the two police heads. Sierra Leone has been watching everything from afar and they have decided to tap the skills of Dampare. Now, the Inspector General of Police in Sierra Leone, Dr. Ambrose Michael Sevula is asking for an exchange program between the two countries. 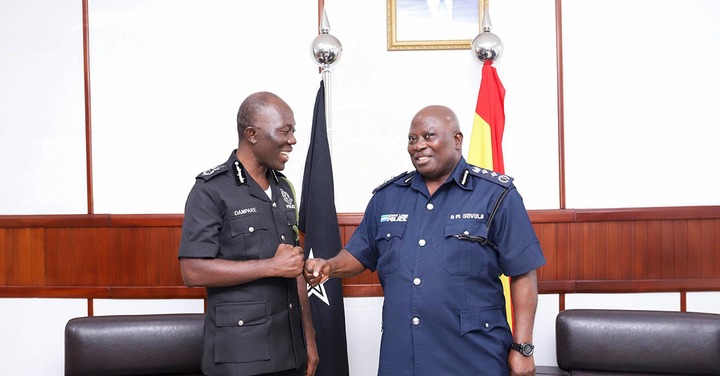 With this, Ghana can send some police officers to his country to tap on their policing skills and their officers can as well be in Ghana to learn the strategies of COP George Akuffo Dampare. The agreement will help the two countries have a similar policing to curb criminals. They have also agreed on a proposed memorandum of understanding on how laws of the two countries can be enforced to reduce crime. 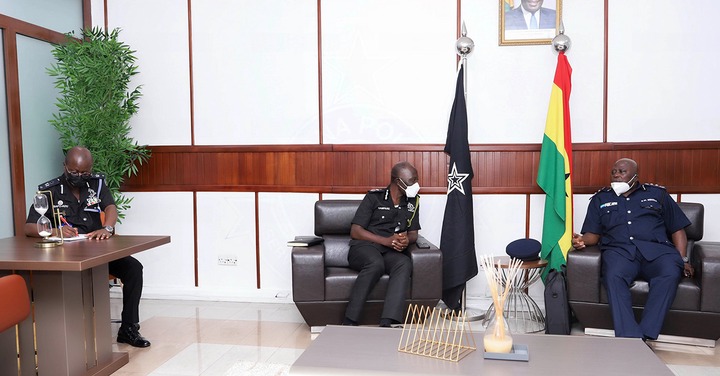 This is a great achievement for the New Inspector General of the Ghana Police Service. This shows that Sierra Leone has been monitoring him from afar and realized that tapping his deep policing knowledge is the best way for the continent. This also shows that more countries will be in the country to also tap the knowledge of Dampare and policing will never be the same again.