I Was Almost Beaten To Death By My Stepmother.

By PrincessVibes (self meida writer) | 28 days

I had a happy childhood with my parents, who were always buying me things whenever I wanted them. My father made sure that I had everything I needed and whenever he was going to work, he would give me money to buy anything I wanted, and I would easily buy toffee or a toy to play with my friends. My parents loved each other, so there was always laughter in the house.

All of this changed when my father began arriving home late and always accusing my mother of doing something she had never done. Then he stopped coming home at all, and I wouldn't see my father for a week. Because of this I began to feel sad as our once happy family home began to become less so.

My father eventually stopped coming home. I didn't understand why he was doing this at first until my mother told me that they had separated and were no longer together. And it wasn't long before my father married for the second time, this time to a different woman. I lived with my mother for a while until things became difficult for us because the work she was doing was not enough to help us all. She told me I should go and stay with my father, and even though I didn't want to, I realised I didn't have a choice, so I went to stay with him and his new wife.

When I arrived, I found that my stepmother had previously married and had a child before she and my father married. Her son, who was my age, was also there, and she was upset that I had come to stay with them because she feels my father would neglect her son as a result of me staying with them. I overheard her and my father arguing about me one day, and she demanded that he send me back to my mother, but my father refused.

When I stayed with them for two years, I had a tough time. I was forced to do all the things in the house and was beating for any mistake I made or did not make. And during these years, she was unable to give birth for my father, which caused problems in their marriage. She began accusing me of causing her infertility because she believes I am a witch sent by my mother to destroy her marriage. She kept arguing with my father to send me back, but he still refused.

I was playing football with her son one day when I kicked the ball to him, he was heading it with his head when the ball hit his nose causing him to bleed. He went home and told his mother that i had beaten him. She rushed over to where I was playing and began beating me, accusing me of trying to kill his only child. I told her what had happened, but she continued to beat me with a wood stick, causing me to feel pain throughout my body. She didn't stop until she hit me in the head with the wood and I became unconscious. 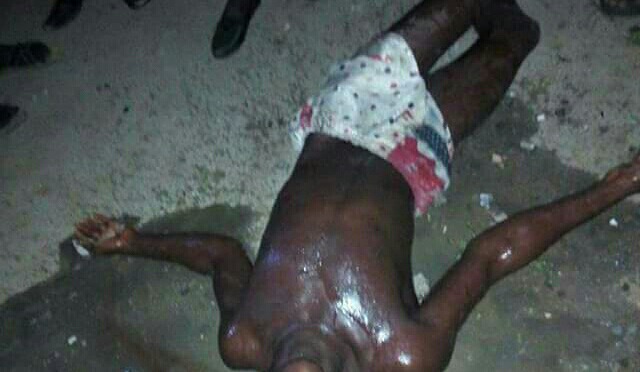 When I opened my eyes, I found myself in a hospital with a bandage around my head and my mother weeping beside me in a chair. She stopped crying when she saw that I had opened my eyes and told me that everything would be fine. She told me that my stepmother is on the run with her son for nearly killing me, and that the cops are searching for her to arrest her.

My father also arrived and informed me that he had returned home from work and to the hospital after hearing about my stepmother's actions from the neighbour who had taken me to the hospital. And for the first time in a long time, I saw him and my mother talking together and I wondered if they would come together again.