Sad: Son Finally Unveils All The Truth Surrounding The Murder Of His 86-Year Old Father The recent heartbreaking incident that has sparked massive stir, debates and arguments across all social media platforms is that of the gruesome murder of 3 innocent men by a 47-year old Palm wine tapper.

The residents in the community are undoubtedly in grief following the alleged murder of three men within three days by the prime suspect who is a palm wine tapper.

According to recent reports, the deceased has been identified as Kwasi Banahene who is 47 years, Kwabena Nkrumah, 84 years and Kwame Kwakye, 86 years with the exception of Kwasi Banahene whose body was retrieved in the bush whilst the two other victims died at the hospital.

The residents are undoubtedly surprised over the motive of the gruesome murder as Adu Osei, who is the prime suspect narrated the sad ordeal. 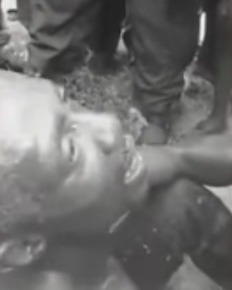 According to the prime suspect, Adu Owusu killed Banahene because he saw him dating his fiancé in his dream. He also claimed that, he killed Opanyin Kwabena Nkrumah because he had married his wife off to another man and sees his manhood spiritually.

In addition to that, the suspect unexpected revealed to the police that, he killed Opanyin Kwakye, a retired teacher under the influence of alcohol.

Speaking in a recent interview over the unexpected murder of his father by the 47-year old Palm wine tapper, the younger son of the deceased broke down in uncontrollable tears as they unveiled all the truth surrounding the gruesome murder of his 80-year old father.

The son of the deceased highlighted that, he was in shock when he witnessed his father’s condition after the attack as he wanted to speak with his father for the last time but he couldn’t. 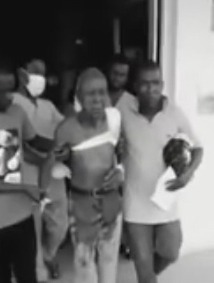 “My father was attacked without any provocation. I couldn’t imagine the pain he went through. He was bleeding profusely from machete wounds in the cheek; I couldn’t talk to him. All I wanted was to see my father survive the attack but he couldn’t. I love my dad”, Son of the decease painfully revealed.

The mampongten district court has remanded the prime suspect into police custody to reappear in court on November 8, 2021 after appearing in court for provisional murder charges.

May their souls rest in perfect peace and all my condolences goes to the family members and friends.

What do you think should be the punishment and sentence for the prime suspect who committed such a gruesome crime?

What do you think has caused the rise in murder cases across the country considering the recent case of the gruesome murder of 3 innocent victims?