Hunger is a terrible experience that has already driven many people to do things they never imagined they would do. In many cases, persons caught stealing small objects had no choice but to do so in order to survive. Unfortunately, such persons sometimes find up in prison for many years without ever having their case heard in court or receiving the appropriate sentence. The system needs to be reorganized so that people caught stealing food products are penalized by being given a plot of land to cultivate in a secure environment. Rather than sending them to war, they would get something to do to support themselves and their families while also benefiting the entire nation.

According to information originating from Wassa Akropong in the Western South, an unidentified thief from Benin was arrested stealing yam tubers on a local farmer's land, according to his confession. The farmer claims that he has consistently lost a large number of yams on his farm but has never been able to arrest the thief until he decided to become a watchdog on his property. Fortunately for him, after several days of ambush, he noticed an unfamiliar man gathering his toil on his land.

He raised the alarm, and the suspected thief was apprehended by a large group of local farmers. According to the thief, he is from Benin but moved to Ghana in search of greener pastures. He further stated that since arriving in Ghana, he has been weeding on people's farms to make a living. He begged for his life to be spared, claiming that it was the devil's work. The local's enraged teenager, on the other hand, slapped him from behind and later matched him to the police station with yam tubers on his head. 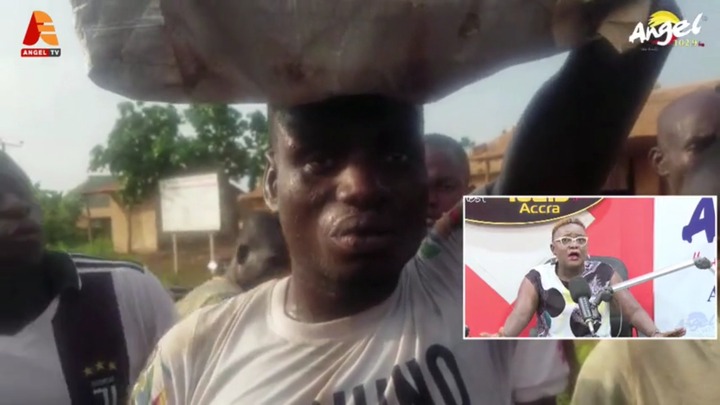 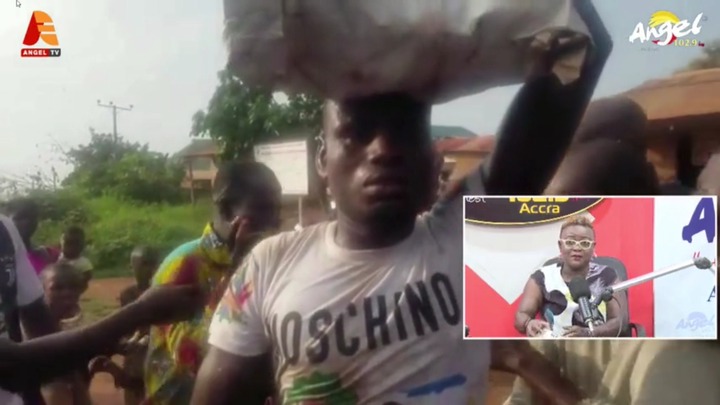 Road Blocked: Part Of Accra-Nsawam Highway Blocked After A Fully Loaded Long Vehicle Has Broken Down