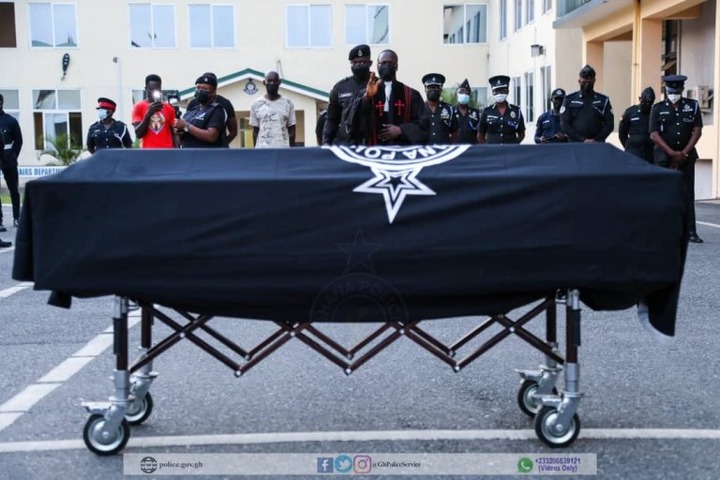 A police officer with the Berekum Station, No. 38717 General Sergeant Bright Annobil has died after he was stabbed by a suspect he was arresting, the Ghana Police Service has reported.

“The Sergeant was attacked and stabbed to death at Berekum by a suspect he was escorting to the Berekum Police Station in the Bono Region”, a statement from the police said.

The incident transpired on Saturday, January 15, 2022, at night, a police statement stated.

Following this, a brief parade was held for the slain officer by the Inspector-General of Police (IGP), Dr. George Akuffo Dampare, members of the Police Management Board (POMAB), other Senior Police Officers, and the family of the officer to receive the mortal remains. 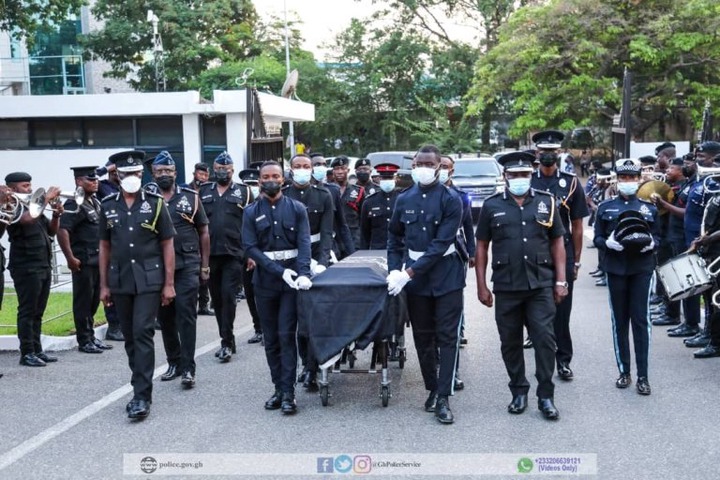 The ceremony was held at the National Police Headquarters at Cantonment in Accra yesterday, Sunday, January 16, 2022.

“After the ceremony at the Headquarters, the body was conveyed under Police escort to Transitions Funeral Home for preservation. The Police Administration is working with the bereaved family to give the officer a befitting burial”, the statement concluded.

The police say preliminary investigations have established that Yaw Peprah, the suspect, an ex-convict, had been invited to the Berekum Police Station to assist with investigations into a case involving him that has been lodged with the police.

He voluntarily accompanied the late police officer to the police station, however, on arrival at the vicinity of the Police station, the suspect unexpectedly turned on the police sergeant and stabbed him on the neck and other parts of the body, and then escaped.

The officer was rushed to the Holy Family hospital where he died shortly after admission.

A manhunt was launched that same night for the suspect, during which, the police narration says, he was shot to death while attempting to attack the officers.