By NewsBox (self media writer) | 18 days ago 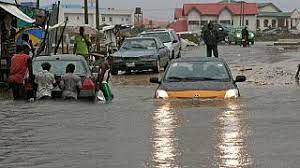 Rainfall is a blessing to all living things both fauna and flora. Whenever it rains, life is regenerated and joy is restored as it is usually said, 'water is life'. This life, when it turns to be destroyed when rains sets in yearly in Accra, becomes a source of worry for both officialdom and citizens.

Every year the story of flooding in Accra takes a new turn with several narratives and incidence. Fresh on our memories are the June 3rd fire and water disaster claiming several lives and destroying properties worth millions of cedis at the Kwame Nkrumah Circle, Alajo flooding, Ofanko flooding, and many other similar places in the capital. This year, the annual problem is experienced again with several areas in Accra flooding at the least of rainfall. As one leader sometimes posited, 'in Ghana, we know the cause to everything but we have answers to nothing'. Since the beginning of the 1992 Constitution, every government has experienced this annual problem but have not been able to solve it.

In 2018, the Accra Metropolitan Assembly (AMA) listed about 14 areas as flood prone zones. These areas include: Lartebiokorshie, Legon, Arena, South Odokor, Bubuashie, Osu, Dansoman, Mpoase, Korle-Bu, Mateheko, North Kaneshie, etc. These are areas identified by the AMA however, every year, new areas also gets flooded making it difficult to solve the problem.

The nation has always been aware of the causes of the annual flooding in the capital city. The difficulty is the ability to provide solutions to the causes so Accra will not suffer flooding anymore whenever it rains. Some of these causes are: chocked gutters, poor drainage system, poor sanitation in the capital city, building on water ways, etc. This means, the causes of flooding in Accra can be categorized into attitudinal and structural causes.

Structural causes emanate from the lack of basic infrastructural development such as drainage systems, poor city planning and lack of enforcement of laws. Attitudinal causes include disposal of waste into gutters by citizens, building on water ways, etc. 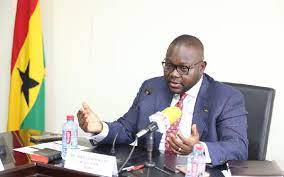 Solutions to the structural problems lies within the purview of government. To end the annual flooding, some areas in Accra must be redesigned to meet modern standards of development. It is on record that Hon. Samual Attah-Akyea former minister for Works and Housing has revealed Ghana needs $700 million to end the annual flooding in Accra. There is the need to show commitment and political will in dealing with the problem. Being aware of the amount of investment required to end the problem, if government commits at least $100 million towards addressing the flooding issue in Accra every year, the problem will be over in seven years.

Again, state institutions mandated to enforce laws must ensure they do their work without fear or favour. For example: assemblies must desist from issuing building permits to individuals who build on water ways, by-laws of the assemblies on sanitation and proper disposal of waste must be enforced and chocked gutters must be constantly desilted by the works departments of the assemblies in Accra.

To achieve this, an independent source of funding towards addressing the problem must be identified. This could be done by introducing a new levy on housing payable annually and sachet water producers aimed at raising enough funds to eliminate the problem.

Solution to attitudinal causes requires behavioral change among city dwellers. The disposal of waste, building of houses, and such other acts by city dwellers must be made in ways that are in accordance with law. Those who breach such laws should be brought before the courts and appropriate sanctions given.

There is a responsibility on every individual to ensure the annual flooding of Accra is ended. No one should ignore the damages that are caused by this annual disaster in terms of revenue, assets and lives.