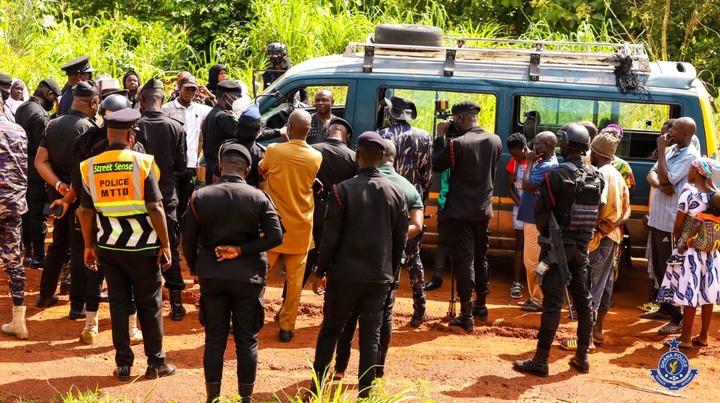 It was one hot afternoon in the early weeks of August 2021 when three armed robbers were gunned down at Shiashi following police intelligence. At the time, COP George Akufo Dampare had taken over the mantle as the acting Inspector General of Police afresh. He received a lot of praises for the swift response to foil the activities of the armed robbers.

After that particular incident, COP George Akufo Dampare has been in the news many times due to some decisions he has taken and his swift response in crime issues. He is in the news again and this time around another armed robbery gang is in huge trouble. In all, six armed robbers were involved, they have been on the police wanted list for many years and have carried out various operations that have led to the loss of innocent lives and properties in their area of jurisdiction. 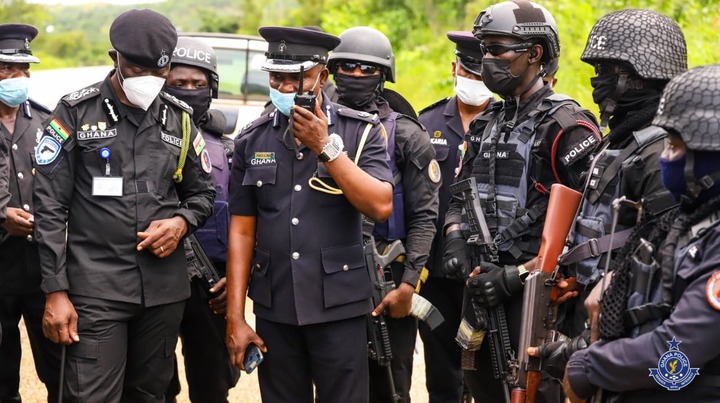 Their modus operandi is to launch barriers on busy highways in the Buipe-Kintampo highway and rob their victims at gunpoint. The Police special anti-robbery task force deployed by COP George Akufo Dampare once again picked intelligence and met the six armed robbers trying to launch their operations. The police were there on time and engaged them in a gun battle. The fearless armed robbers were ready to take the lives of the police officers for their freedom but that did not happen. The police officers on duty were smart and exhibited their skills accordingly.

Two of the armed robbers namely, Umaru Hamidu and Haadu were killed on the spot by the police. The other four counterparts, Seidu Isaad, Saaju Bukari, Amadu Ali, and Saabi Bertor were on the other hand arrested by the police. They are currently in custody assisting investigations whilst the bodies of their counterparts have been deposited at the morgue for preservation. The police retrieved machetes, live cartridges, locally manufactured pistols, pepper spray cans, and many other weapons from the armed robbers. 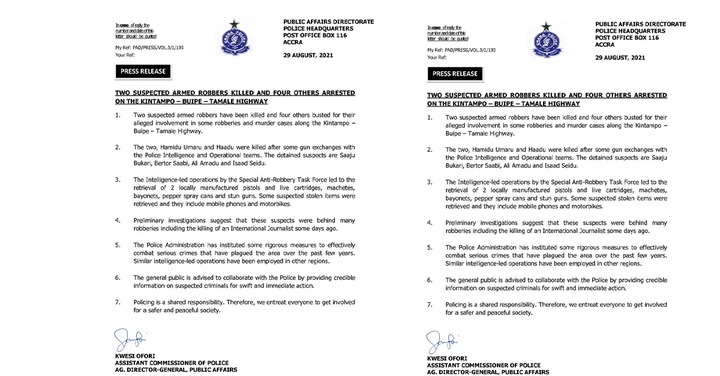 It will be recalled an international journalist, Talaay Ahmed who was working on a documentary in Ghana was killed by armed robbers on the same highway. Preliminary investigations conducted by the police indicate the armed robbery gang under discussion committed the crime. The area is known for serious crimes and the police administration led by COP George Akufo Dampare has promised to ensure the highway becomes safe for both motorists and passengers.

This is another great achievement by the police and we will encourage them to keep up the good work. However, community and highway policing must be improved to scare away armed robbers and other criminals from terrorizing innocent residents.