Meet Jacklin, The 700 Pounds Orphan Mom Who Was Affected By Trauma After Her Husband's Death In 1977

By SamColeNews (self meida writer) | 7 days 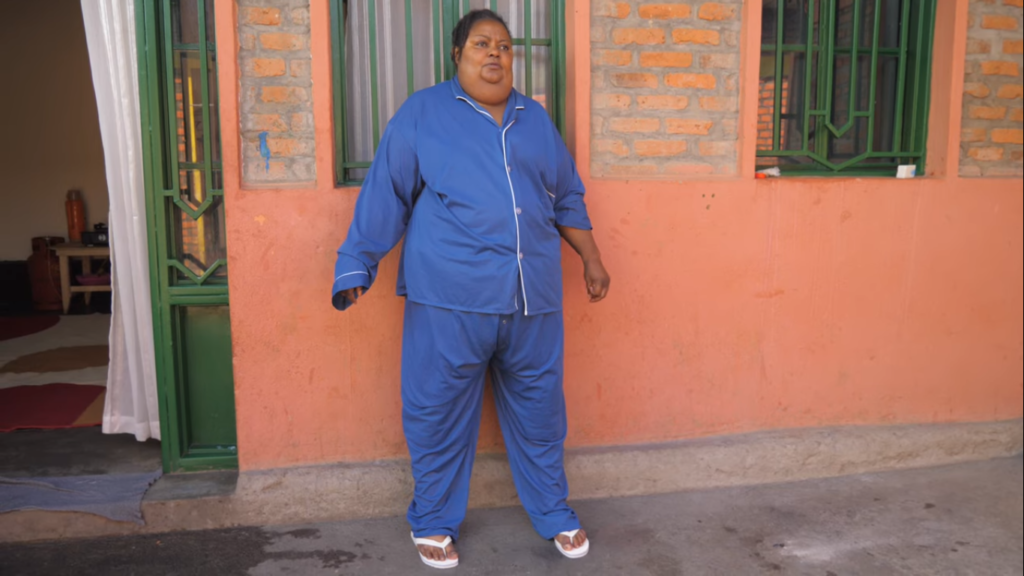 Life becomes more difficult and complex for people with unusual weight within our societies. Going about their daily activities come with a lot of effort for them. Normally, a person who weighs over 300 pounds suffers from these social challenges, how much more a person who weighs over 700 pounds, who is an orphan and was affected by the trauma of her husband death 44 years ago? This is the Story of Ingabire Jacklin.

According to Jacklin, she was born big to the extent that her mom could not carry her at her back, but as she grew, her weight reduced to the normal size of a child. Unfortunately for her, during a war outbreak, she lost her siblings, relatives and husband. This affected her psychologically and she was caught with trauma and her body started gaining unusual weight that increased her weight to 350 pounds which is over 700 pounds. Since in her village, the fastest way of transportation is on a motorbike, the villagers bully her saying that she is as big as someone who does not think and cannot easily go on a motorbike. They added that no one who rides a motorbike will pick her. Now, Jacklin is trying to reduce her weight by doing physical exercises.

After Jacklin lost her husband, the trauma became severe. Trauma is a condition where an individual finds it difficult to cope with the stresses of life as a result of unusual troubles that one goes through resulting in helplessness and a feeling of range of emotions. Usually, trauma results in obesity. When Jacklin was 18 years, she weighed 70kg and got married in her 20s. She was the firstborn at home and had many responsibilities because she was an orphan and had to take care of the rest. She and her husband passed through a lot during the war outbreak and later, her husband and other siblings died in 1977. She was left with three siblings in a family of more than 10 children. This affected her psychologically and made her start gaining unusual weight and too much fat leading to high blood pressure. 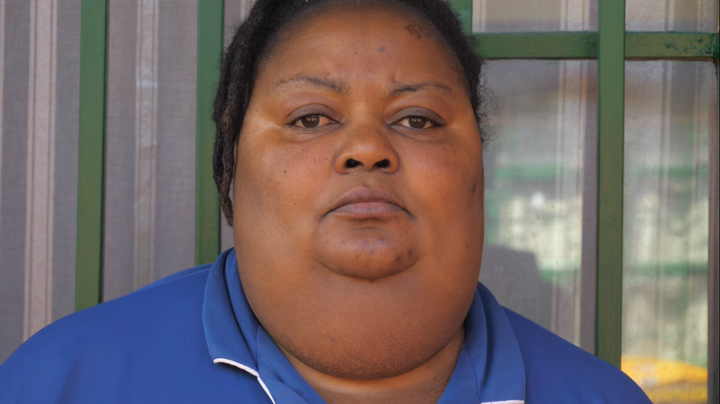 Since 2000, her weight started increasing in a way that she was very scared. Her friends too became shocked by her unusual weight. From there up till now, her weight keeps increasing but she has started doing everything it takes for her to lose weight. She does some physical exercises and is on diet as well. Life is very difficult for Jacklin who is this big.

According to Jacklin, she can do limited activities because of too much weight and has made her lose body strength. There are a lot of activities that she no longer does them. She went to the hospital for a check-up two years ago and they found out that she has high blood pressure. Doctors told her to go on a diet and do more physical exercises. Though it is very difficult for her to do the physical exercises but she is trying her best.

People at Jacklin's village are not used to someone as big as her so they keep on bullying her. They say she is as big as someone who does not think and accused her of not taking action before. Jacklin finds this so rude on the side of the villagers. 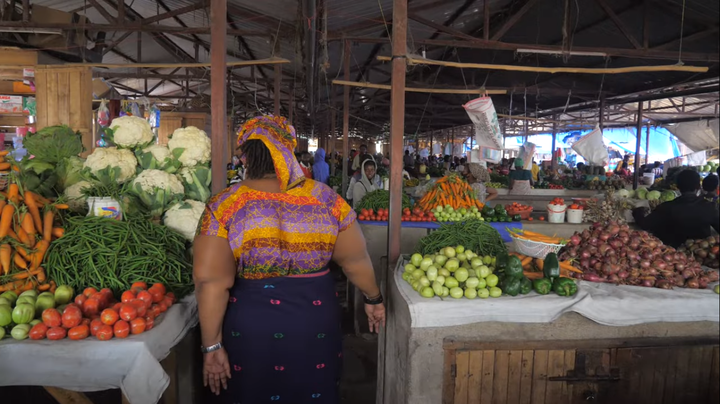 Jacklin is a businesswoman who sells vegetables in the market. This was not the work she used to do because her restaurant required a lot of energy but her weight had made her lose a lot of strength and has become weak. She was always supervising her employees and according to her, that came with a lot of movement. Now, she is just in one place and serves her customers with some vegetables in the market.

Jacklin is a mother of two children. She says she will do whatever it takes to make sure they do not grow as big as she is. Though she regrets being this big but she is hoping to reduce more weight in the future.

Thanks for reading this article