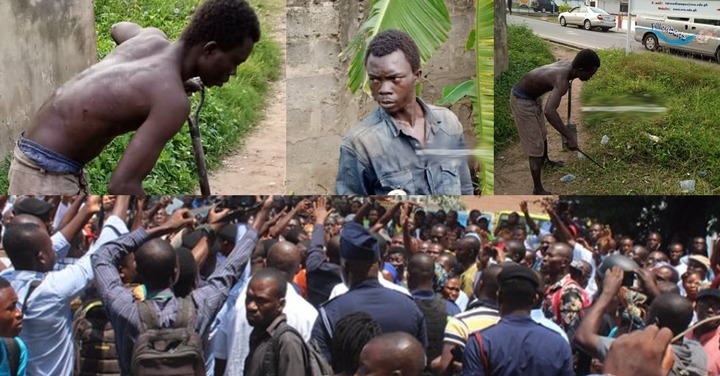 It appears residents in Takoradi are gradually adopting a new strategy in punishing thieves. A few weeks ago, one thief was forced to laugh after being caught in the act of stealing electricity cables. Another thief who was caught with vehicle spare parts was made to clean the choked drain with chilled beer. He was also forced to dance on the streets of Columbia, a community in Takoradi.

Just as we thought the thieves have taken lessons from the previous punishments and given up, another one has been caught. Residents of Airport Ridge in the Sekondi Takoradi Metropolis have been experiencing thievery for some time now. Most of the incidences happen in the night when they are asleep. Before morning, most of their belongings had been stolen without a trace. A few cases have also been reported in the afternoon when the neighbors had left for work. The thieves loot their compounds, rooms, and other places. They normally take flat-screen televisions, car batteries, monies, and many others. 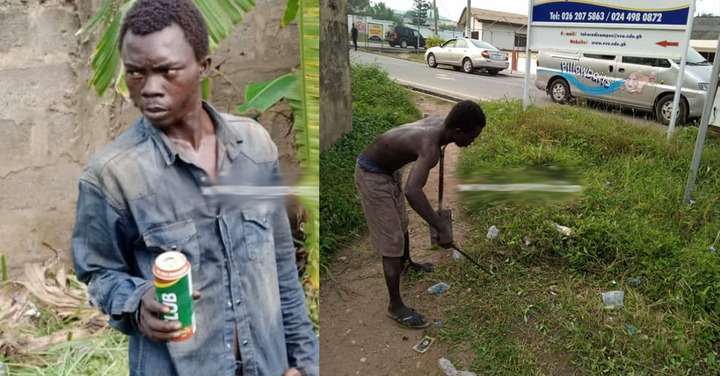 This particular thief was unlucky when he was caught red-handed. He had stolen some items from a household and was about to leave when luck eluded him. Some residents were called to the scene and started accusing him of being behind all the crimes in the area. The notorious thief had no other option than to carry all the blame. The angry mob started hitting him in the face but the poor thief who was scared for his life started pleading for mercy. He was afraid to die. 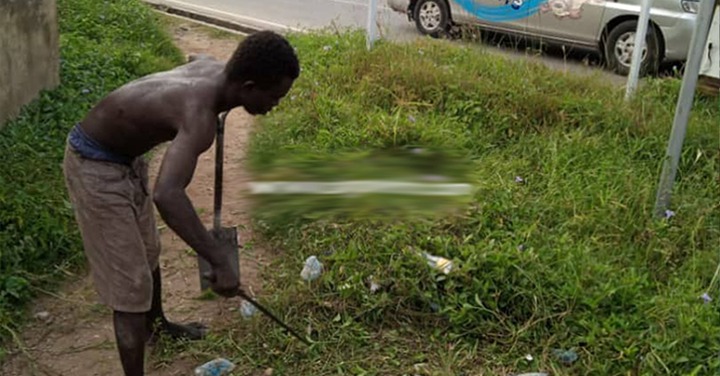 He told them to spare his life and allow him to weed the area as a form of punishment. The angry mob initially denied but later obliged and got him a cutlass, the rest of the area that looked bushy was left in the care of the thief. Here too, they got him a chilled beer to take whilst weeding. He cleared a wide area and after the mob was satisfied with the work, they released him with a warning never to steal again. 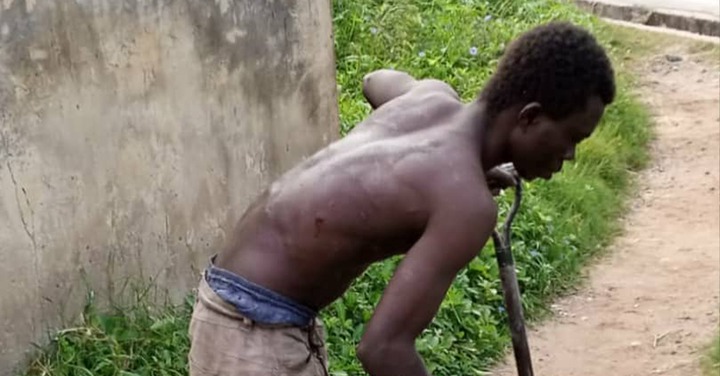 But I disagree with the mob because their actions amount to instant justice. They could have informed the police to pick up the thief for the laws of the country to deal with him instead of asking him to weed and later set him free. This goes a long way to question the police to up their game because it seems the confidence level is gradually reducing.

Moaning During Sex is Against the Law. - Lawyer Ampaw. Take note before you end up in court.

"Takoradi To The World" - Pictures Of Ghanaians In The Festive Mood Brings A Smile To The Face.