The Ghana police have been attacked in the last few hours by some notorious criminals and have been shot as well.

As revealed by the police not long ago, a police officer was stabbed to death at Bono.

The suspect who stabbed the officer has also been shot deaf by the Ghana police and this sends a direct message to criminals who are giving the police a tough time. According to the police, the young police officer was stabbed without a second thought on whether to spare his life or not and this is not good for the Ghana police.

A few moments ago, the police have also announced a ¢10,000 bounty on some men who vandalized the Ada radio.

The radio station was vandalized by these suspects who bolted unseen and made away with the little they could lay their hands on.

The Ghana police according to their official press release not long ago revealed that an amount of 10,000 cedis would be given to anyone involved in this. 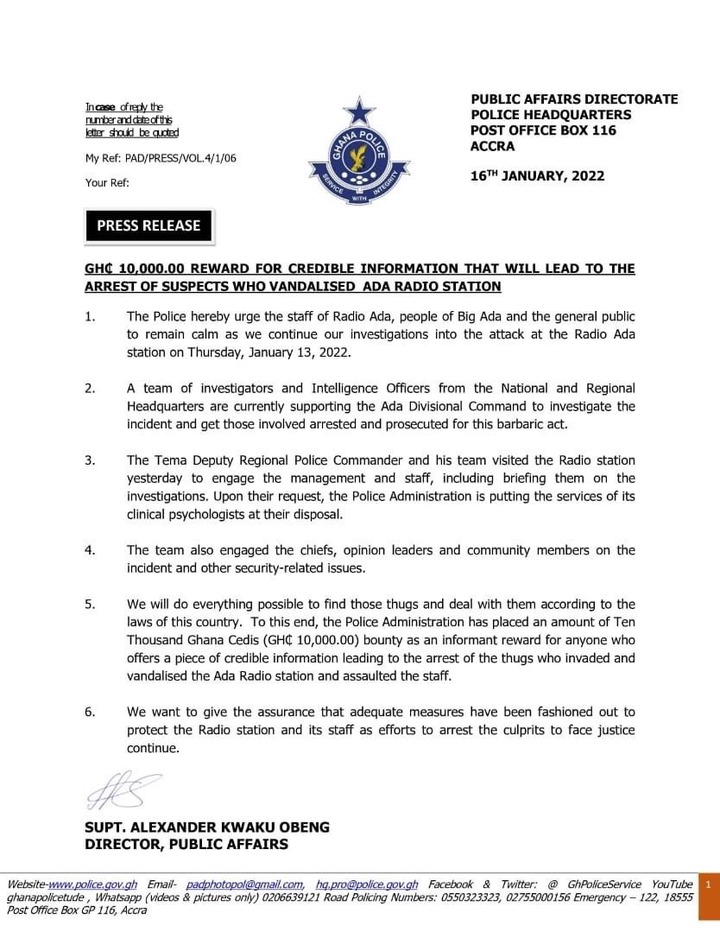 The Ghana police seem to be having lots of issues lately with regards to robberies and the cruelty of armed robbers.

The inspector general of police and the Accra regional police command have all spoken recently about how robbers will face the wrath of the Ghana police.

DSP. Godwin Dankwah added that they will ensure that these armed men who are being problematic are dealt with accordingly.

Ghanaians lament over poor living conditions and amidst these issues, attacks are coming at people almost every time.

Ada radio staff have alleged that there have been several threats from some young men and this is a starting point to aid the investigations according to the police.