Boots For Boots: Armed Rubbers Gunned Down By The Residents Of Denkyera

Ghana has become scary as day in and out people are being killed as a results of robbery. People are advised to protect themselves as no one can give you a better protection like you. 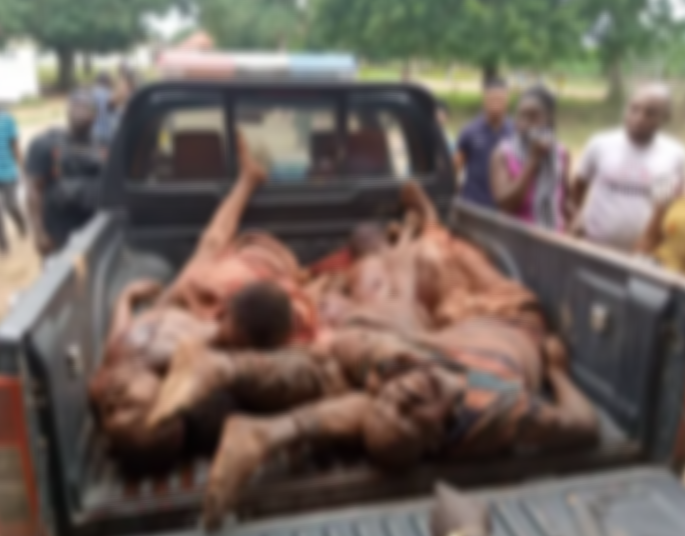 Information cited on 'mybrytfmonline.com', residents of Denkyera Akwaboso has engaged in boots for boots gun battle with able robbers, after attempt to steal failed. the suspected armed robbers have been gunned down in a gun battle with some residents, who refused to let's the robbers go scot free. According to the information cited on mybrytfmonline.com, 5 suspected armed robbers where gunned down and died in the boots for boots battle and have been deposited in the Bibiani mortuary for more investigations. The residents of gathered courage and defended them boots for boots meaning gun to gun battle, before the police even got there. A whole of robbery gang has been taken down by the residents of Denkyera Akwaboso in the Denkyera Diaso District of the Central Region.

What do you think of the bold step of the people of Denkyera Akwaboso? Leave your opinions and comments below and share.

These are 656 ATM Cards Belonging To One Person. Check Out How He Was Fished Out At The Airport.

They can run but they cannot hide: Police assures public as they go after suspected armed robbers