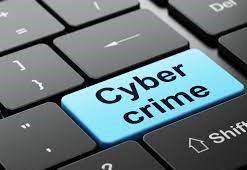 A Ghanaian man has been detained in the US for his alleged involvement in a $5 million romance fraud conspiracy.

Kenneth Anim may be sentenced to up to 20 years in federal prison and a maximum fine of $500,000.

According to the US Department of Justice, the suspect and his accomplices set up fictitious companies through which money was laundered.

According to U.S. Attorney Jennifer Lowery, an FBI investigation revealed that he reportedly served as a money mule in the dubious scheme.

Kenneth, 38, who is a dual citizen of Ghana and the United States, is accused of committing the crime between 2014 and 2019.

According to the US DOJ, he essentially transferred unlawfully acquired money on behalf of, and at the command of, others.

On Tuesday, July 12, 2022, a news statement said that "they reportedly functioned as money mules in regard to numerous mail and wire fraud schemes, including online fraud and romance scams."

According to US prosecutors, Anim allegedly constructed fictitious online personas to seduce individuals into romantic relationships and persuade them to donate money to business and bank accounts he opened.

According to reports, FBI agents disclosed that the fraud involved the transfer of more than $5 million and had dozens of victims.

Furthermore, Mr. Anim is accused of having "created and maintained bank accounts to receive earnings from the scams and to distribute the money to himself, his co-conspirators, and overseas."

According to officials, the plot included at least one additional uncharged co-conspirator.

Samuel Okudzeto Ablakwa Blocked Me Just Because Of My Truthfulness