Video: Man Who Killed A Graduate He Promised Fake Job Speaks On What Led To Her Death

Uduak Akpan, the suspected killer of Akwa Ibom jobseeker, Iniobong Umoren, has spoken for the first time since the incident occurred. 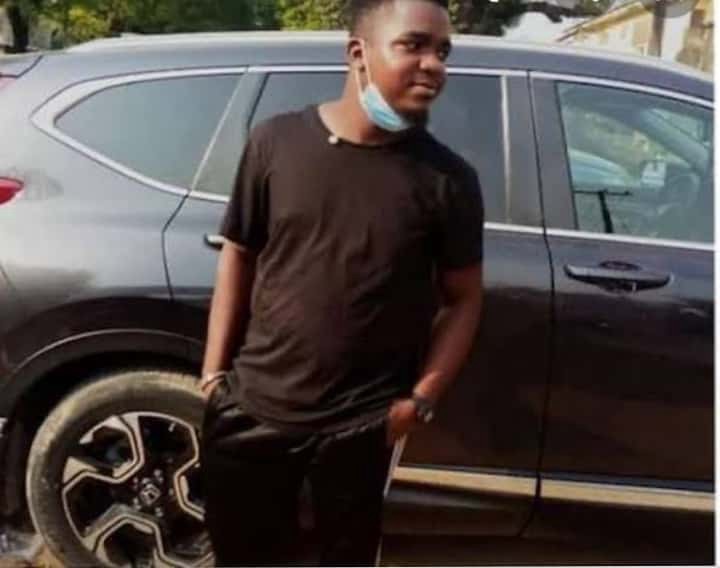 Locked in handcuffs, he was paraded before newsman who asked him a barrage of questions and his motive behind the killing.

Narrating how it started, he noted that he had called her for a job interview and use his psychology to ask if she can work in a firm where hard drugs are kept as a secretary to which she agreed.

But he later told her the firm does not exist and it was only a hoax.  And when she wanted to leave, he requested for intimacy with her to which she agreed.

However things got out of hand when she got angry. It was in the ensuing disagreement that she used an object to strike on his head. In a bid to get her to keep quit, he used a stabilizer to hit her on the head.

Though, he noted not to have killed anybody in his life before, he however agreed to have had issues with about six ladies previously.

He absorbed his father of taking path in the crime just as he noted that the books seen in the building belong to him and his sisters though the journalists ask him why the books did not bear his names.

When asked why he had to run when he committed the crime, he noted that he was afraid.

Feeling remorseful, he noted that he was ready for justice to be serve even if it means ending his life.

Iniobong has so far been buried today in her late father's hometown in Uruan Local Government Area of Akwa Ibom State amidst wailing and crying from family members, friends and well wishers who came to say goodbye to her.