A young man, probably in his twenties has been captured in a viral video pleading for his life after inhabitants threatened to kill him by hanging. The inhabitants tied a rope around his neck and hang him in by the roof as they interrogate him on why he stole their goods. They didn't mention the kind of goods this young man stole but they were ready to kill this man. 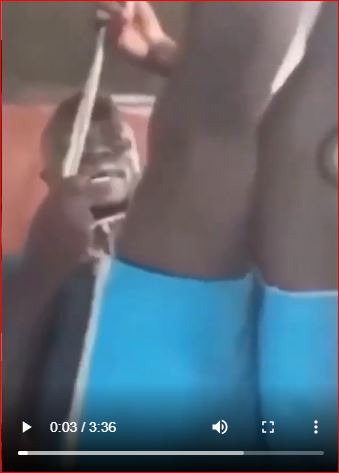 The young men whose faces were not captured in this video told the thief, "Say your last prayer because you are going to die. Tell God to forgive you your sins so that when you die you will go to heaven". But the young man was crying and pleading with these guys that it was because of his daughter that he came to their place to steal from them. According to him, he needed some money to buy food for his daughter.

The inhabitants insisted that he says his last prayer because they will definitely kill him by hanging. He said, "Oh, God forgive me. I will not steal again because stealing is not good. If these people release me now I promise that I will not steal again". But the guys told him to say his prayer well because he is not going to live. 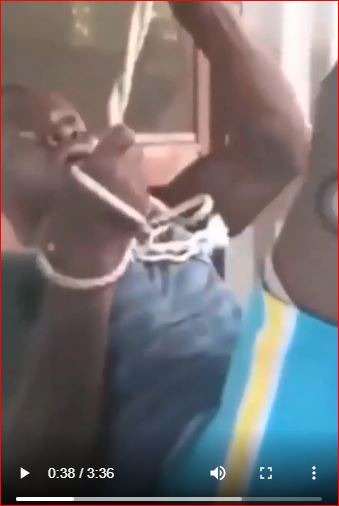 The inhabitants then asked him his name. And he said that his name is Kwesi Arthur from Gomoa Dawurapon in the Central Region. According to him, he was in Yegyi when his sister brought him to Gomoa Dawurapon to come and work there. When he was in Yegyi, he was working as a fisherman there but one day their canoe had an accident on the water and they spent days on the water. So from that day, he decided to stop being a fisherman.

The guys actually had mercy and him and release him from the hanging. They told him not to engage in any stealing activity again or else he will die prematurely. 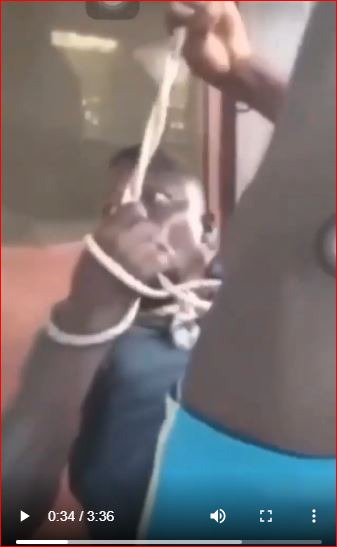