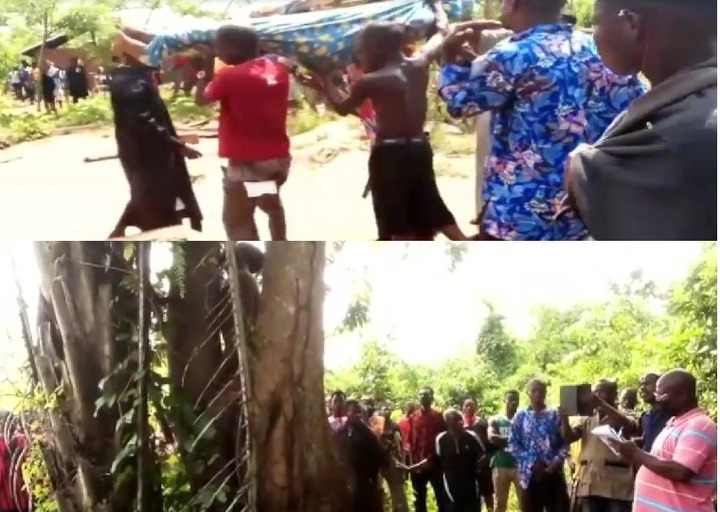 Residents of Adansi Atobiase of the Adansi South Municipality couldn’t fathom why twenty-five (25) year old Yaw Samuel, took his life. The deceased was found in-between the trunk of a tree at the outskirts of the community after hours of a search.

He had come to mourn the death of his friend but for some reason, he ended up committing suicide by hanging. According to eyewitnesses Yaw Samuel got drunk during the wake keeping of his late friend. 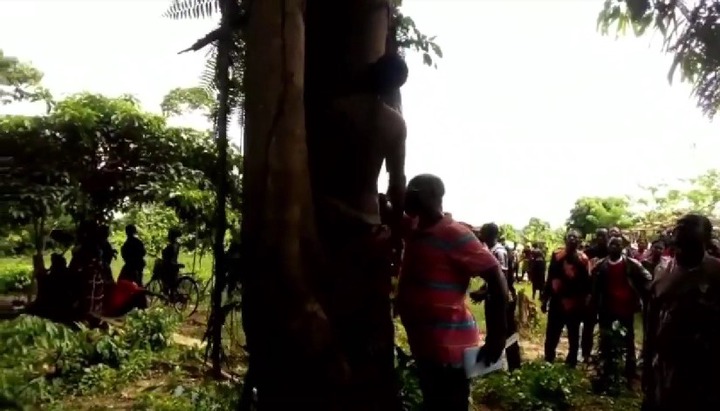 According to the boy, the deceased was seen cursing the family members while he walked topless with a rope coiled over his shoulders. But it never occurred to him that Yaw Samuel was about to commit such a crime.

After his death, some residents recount Yaw Samuel was behaving awkwardly that night during the wake-keeping. Some feared the alcohol he took might have been laced with some narcotic substance and thus made him delusional.

His comments that “I will destroy the funeral”, is being interpreted to mean he was possessed or under the influence of something powerful other than alcohol he took. Strangely, his death happened even before his friend was buried.

Yaw Samuel was an apprentice in carpentry. He is married with children. The elders of Adansi Atobiase have caused the family not to return the body of Yaw Samuel into the community for any funeral rites to be held for him, given that suicide is an abomination in the village.

The police have conveyed the body to the local morgue awaiting autopsy. Suspicions about his death being influenced by narcotic substances could be established by this investigation.