By SpArK_OJ (self media writer) | 1 month ago

The domestic chicken is one of the most prevalent and widely used domestic animals. Humans consume and some individuals use them as pets. For business sake, individuals slaughter these animals keep them cold for long term sales which is causing more harm than good to society. The issue of preservation and sailing of frozen chicken hasn't been solved yet then just this week two individuals have been arrested in possession of rotting chicken, Oh! God. 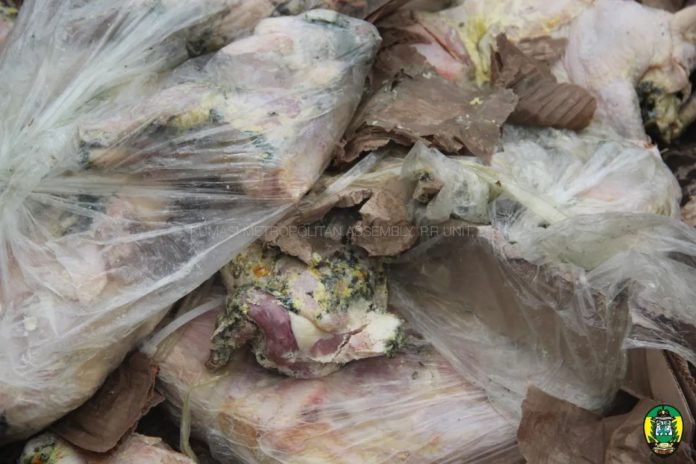 According to Citi News, two people have been detained in the Ashanti Region for their suspected participation in the sale of unwholesome rotting chicken. One of the Kumasi Metropolitan Assembly's (KMA) Environmental Health Officers stationed at the Adankwame bus terminal in Kejetia discovered a foul odour while on duty on Friday evening, according to officials. 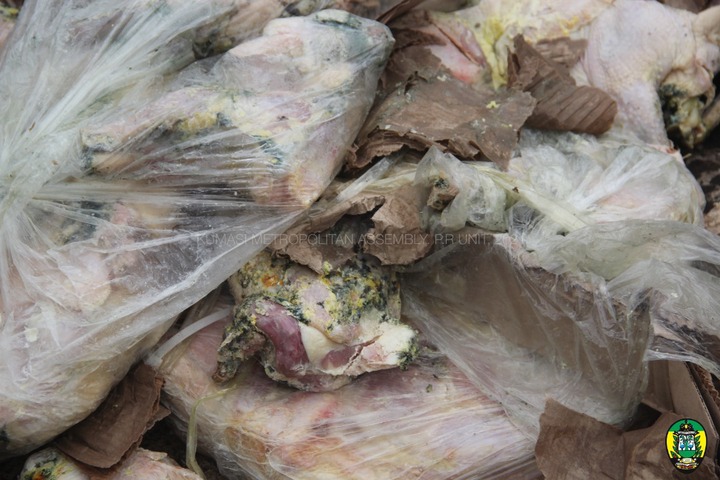 Following up on the source of the odour, the officer noticed a lady hauling boxes of chicken and demanded to check the goods. The examination found that the lady, known as Abiba, was bringing unfit chicken she had purchased from the market. The environmental officer confiscated the substance, according to KMA officials, and brought the lady to the environmental health unit, where she was subsequently turned over to the police for further investigation. 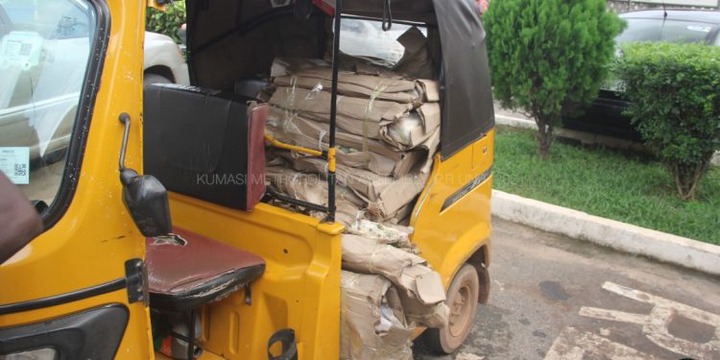 Further investigation showed where Abiba purchased the chicken, according to KMA Public Relations Officer Henrietta Afia Konadu Aboagye, who informed Citi News that one Kwadwo Asare was arrested.“They've been transported to the police station,” says the officer. They were detained by the police for the night. The CID has also informed us that more investigations would be conducted, following which they will go to court to see what will happen.

"The items are confiscated, the individuals are arrested and more investigations will be conducted in order to determine whether there is anything else in the cold storage where the chicken has been kept," she added.