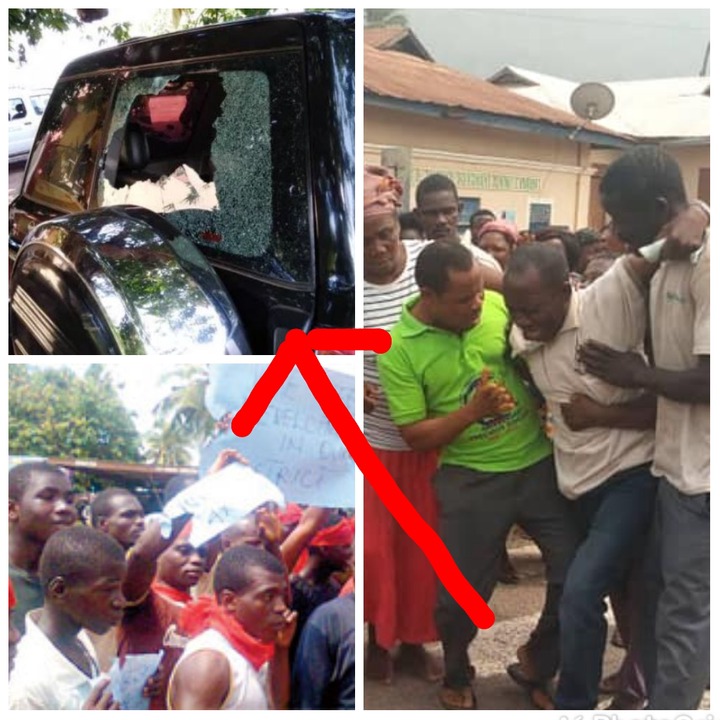 Some Angry youth at Wassa Pewuako in the Amenfi East Municipality of the Western Region smashed the windscreen of their Municipal Chief Executive K.K Korankye.

As if that wasn't enough, they broke down two Police vehicles by deflating all their tyres and threatened to burn their Chief Alive in his Palace.

According to DSP Semon Seteglo of the Amenfi East Municipal Police command, they received information that the youth had besieged the local chief's Palace for instant justice over the murder of an Okada driver called Ata.

In their own assumptions, they felt that authorities were shielding the main suspected murderer from their instant justice. Municipality Security apparatus which is headed by the DCE as chairman had to intervene.

In their bid to bring sanity and actual justice devoid of speculations and instant justice, the youth vented their anger on them.

Assembly member of the Wassa Saa electoral area Honorable Alowordo had done his best to calm down the youth but it appeared that the anger still persist. He had no option than to involve the Police who were also attacked. 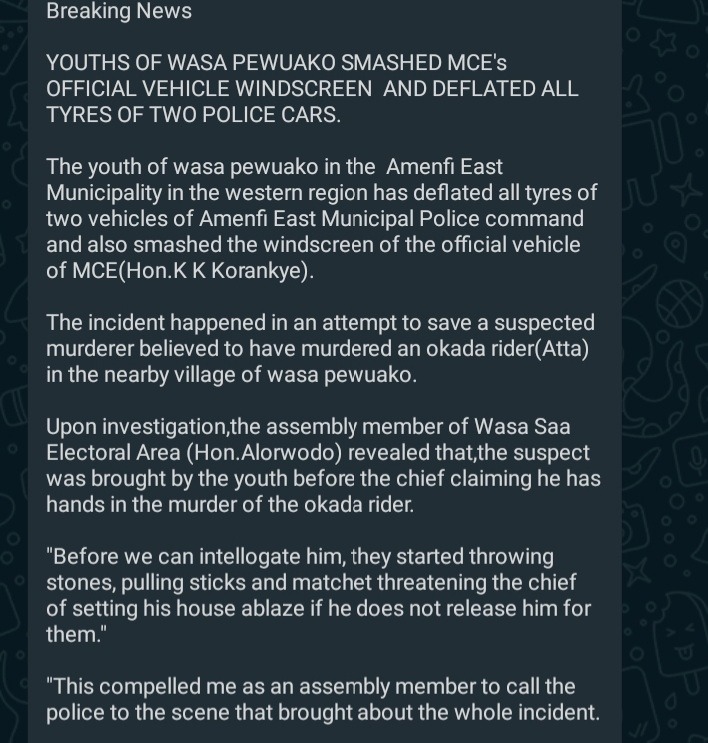