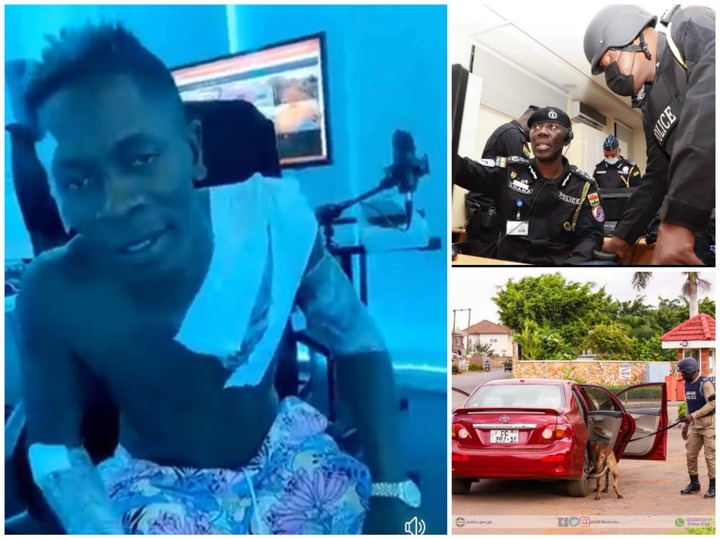 The Ghana Police Service has issued some disturbing news following reports that dancehall artiste Shatta Wale has been shot by some unknown assailants in Accra. In what could be described as a responsive policing strategy to save the musician and get some first hand information about the threat on his life, the Ghana Police Service embarked on a search at major hospitals and his home but all proved futile, as he was no where to be found.

According to the Police, some contacts have been made to the family and friends of Shatta Wale to learn of his whereabouts but none is informed about it. With all these failed attempts to track his whereabouts the police is still hopeful they would be able to find him in the early hours after the attack.

"On hearing the news, the police have launched an investigation into the matter including making contacts with some of his close friends and family members and all of them claim not to have knowledge of his whereabouts or the alleged incident," a section of the police press statement read.

The Police has issued some hotlines [ 18555, 191 and 0302773906] to the public to solicit for information concerning the whereabouts of Shatta Wale. He is deemed a priority in this very situation, as the report by his personal assistant, Nana Dope indicated that his condition is very critical.

It is reported that he is currently on admission at an emergency unit in a private hospital but for some security reasons, no disclosure was made about the name of the facility. From the expressions as inferred from Nana Dopes post on social media, Shatta Wale's condition is terminal as he feared he might lose his boss.

Albeit, he is hopeful his boss will survive this injury. As it stands currently there is no information about where he was shot but given the account that he was shot while driving through the streets of Accra. Some accounts has it that it was a robbery attack.

Until the police finds his whereabouts, all that remains is that Shatta Wale is in a critical situation and need everyone's prayer to survive.