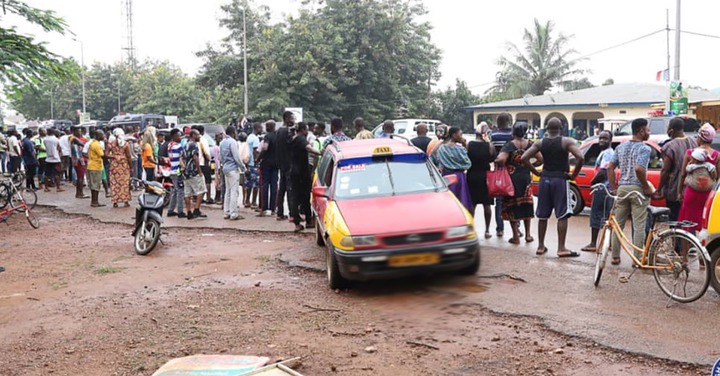 Road accidents continue to be a canker in Ghana. The lives that road accidents have taken only in the year 2021 is over two thousand. Many others have been injured whilst some of the accidents happened without being reported officially. The Motor Traffic and Transport Unit of the Ghana Police Service has bemoaned the rising number and indicated that something has to be done.

Most reckless drivers have been paraded before the court over the years to face punishment for causing avoidable accidents. Whilst some are jailed, others are made to pay fines and go away. A driver is currently in trouble after a court in Takoradi presided over his case on Thursday, October 21, 2021. The driver, Seth Yeboah was moving from Shama Junction to Inchaban in the Shama District of the Western Region with five passengers on board. His vehicle, a Toyota Hiace Bus with registration number, CR 866-20 upon reaching a section of the Ituma road in the same area collided head-on with a motorbike which was being ridden by one Felix Tawiah.

The vehicle further went ahead to hit another Opel Astra with Registration number, WR 2662 – 14 which had parked on the side of the road. The Okada rider was rushed to the Effiankwanta Regional Hospital but doctors pronounced him dead on arrival. Providing brief facts of the case in court, the prosecutor, E.A. Addo from the MTTD indicated that the deceased sustained head injuries and that caused his death. 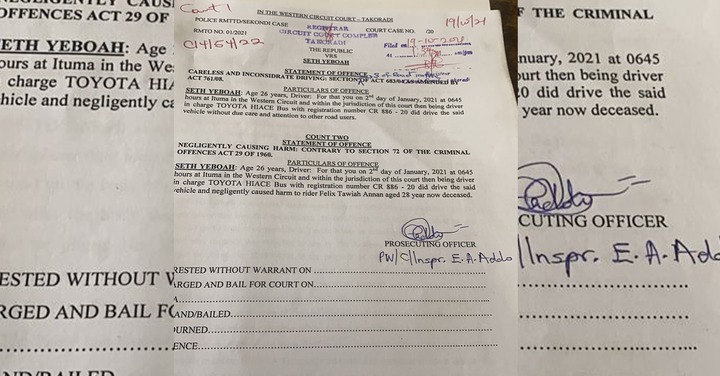 He was subsequently charged with careless and inconsiderate driving. After listening to the accounts, the presiding judge pronounced the driver guilty and handed him three years in prison. He is also expected to pay a fine of one hundred penalty units or in default serve additional two years to serve as a deterrent to other drivers. The driver could not hold his tears when the judgment was read. He could not help but break down in tears looking at the number of years he will be spending in prison. He has shown rumors and realized that he made a mistake on the day by speeding in a curve but it is too late. 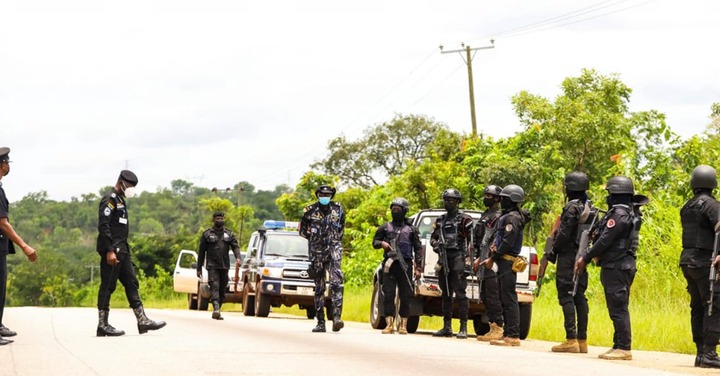 He will rather learn lessons from his judgment and not repeat the mistake when given the opportunity. His punishment should serve as a deterrent to other drivers who drive carelessly on the road. They should all know that their conducts fall contrary to the laws of the country and could be jailed when caught.