'They were installing a street light' - Man, 47, electrocuted at Bortianor, Accra

By RockyJDJones (self media writer) | 14 days ago

Residents of Bortianor Upper Hills of the Greater Accra Region were filled with regrets and remorse after an electrician they have contacted to install a street light got electrocuted on high tension pole and fell to his death this evening. The electrician, Joshua Awuah, had taken off his protective gloves when the small wires he was installing the wires on kept manoeuvring him anytime he tried tying the small coiled wires to the high tension power lines. The removal of his safety gloves, cause his fingers to make a connection with one of the high tension wires and that electrocuted him on spot, forcing him to fall off the ladder he was standing on. 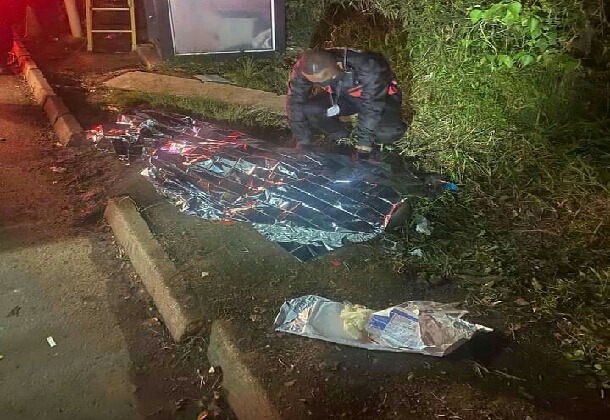 Bortianor Amanfrom police who responded to the emergency situation confirmed that, if Joshua's gloves weren't taken off his hands while trying to patch the bulb wires to the high voltage wires, he wouldn't have been electrocuted to the point of falling to his death. There were a lack of safety belts when we arrived on the scene, but that wouldn't have been the issue if the gloves were not taken off his fingers, police officer Solomon Nii Boiw said after confirming the body lifeless.

Residents of the area, for whom Joshua was a member, had made contributions to install a new street light after the one in the area had expired. The light of the installed street lights was expired and wasn't working, and that made the residents contribute money to Joshua to purchase a new street light since he was an electrician himself.

Joshua after taking the contributions from everyone made it to the market and purchase the needed bulbs before trying to install the lights this evening. He was to patch the bulb wires onto the main phase of the pylon wires but mistakenly touched the tip of a wire and got electrocuted. The shock which passed through Joshua's body couldn't hold him onto the ladder and fell to his death. 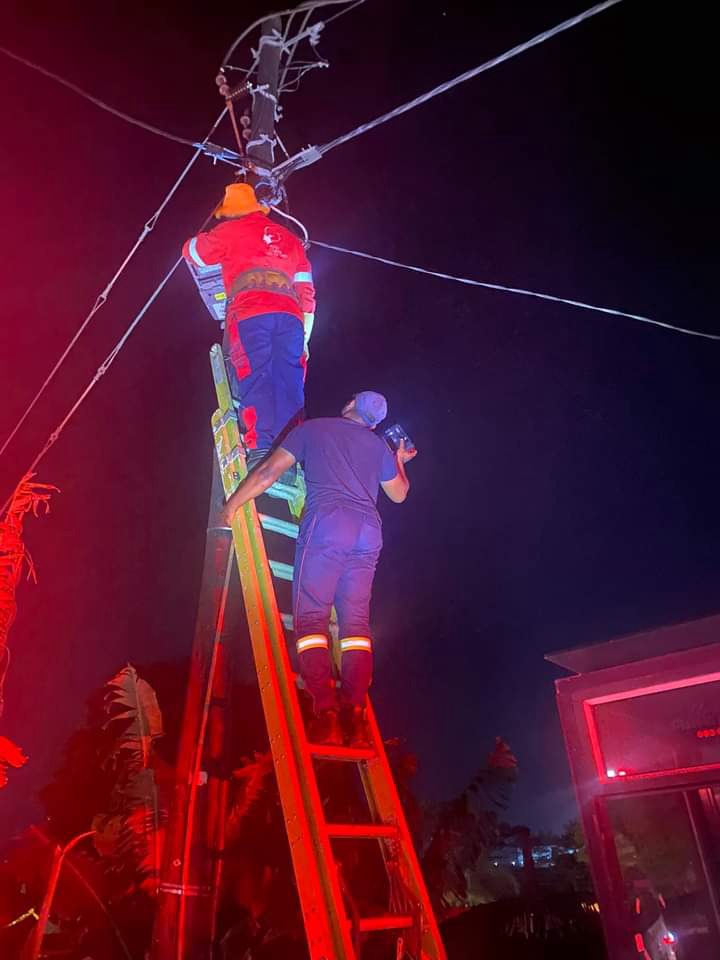 Lartey Emmanuel, the person who held torchlights to Joshua as he stood on the ladder narrated that, he was struggling to patch the wires onto the main lines and made him remove his safety gloves. If it wasn't that, he would have survived it, Lartey added.

This is a bad night for all of us here. They were installing street lights for all of us to use and this shouldn't have happened, Kawie Boamah, the assemblyman of the area said as he confirmed the sad news to the police.

Joshua's body has been taken to the mortuary whiles police begins investigations into the case. He left behind a wife and an eight-month-old baby.