By RockyJDJones | self meida writer
Published 17 days ago - 0 views 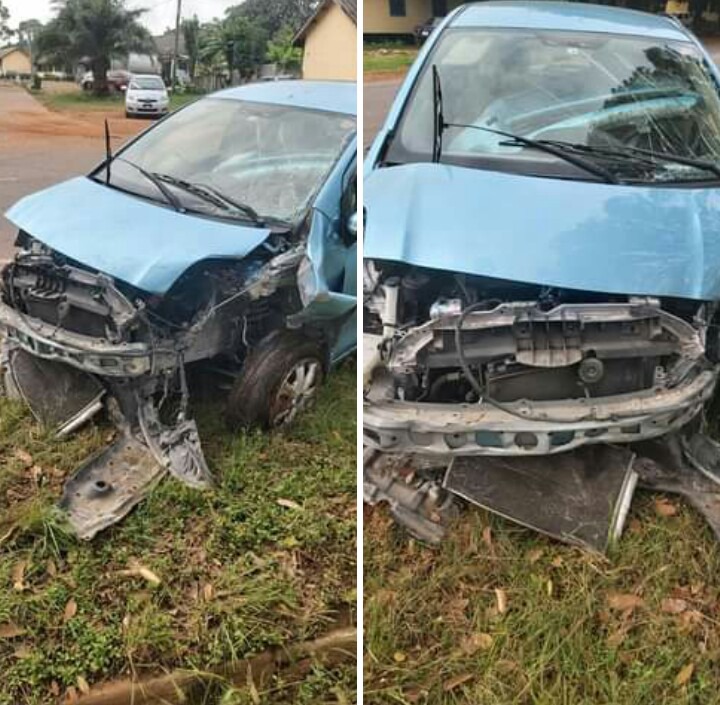 The day of a young man has been ruined, after a glory accident encounter. Officer Eric Frimpong with the Ghana Armed Forces, almost died this morning, after he lost full control of a Toyota private sedan he was driving. The driver who is a law abiding man, has been an officer with the army for over two years, and hasn't ever tasted any bad records in driving. He was on his way to church this morning, when his car suddenly lost balance at Duala Junction, Burma Camp.

Duala Junction is one of the numerous junctions at Burma Camp, which is known popularly for it's sweet mangoes. The whole of the Burma Camp, it is known that, mangoes at the Duala junction are the sweetest because of a supposed myth. It was during the early days of its construction, when the first soldiers who were stationed at the camp, planted several mangoes. Those mangoes and other fruits and trees, where all planted at the camp to make it economical to live in. Of all the mangoes that were planted at the camp, natives believes the Duala mangoes are the sweetest of all because of the first settlements.

Duala is also a residential homes for army family members, and because of that, many civilians lives there with their army relatives. Officer Eric Frimpong who lives at Duala, was going to church this morning, when the sedan he was driving suddenly lost its breaks. The breaks which were working fine during the start of his journey, suddenly lost working when he got to the Duala junction. The car which was a newly acquired car from overseas, was supposed to be fully registered with private number plate this week, but couldn't wait for it.

Eric lost his brakes when he was driving at 40km/h on a 50km/h road. Few meters to the junction was where Eric started stepping on his breaks, in other to navigate the junction, because of the incoming traffic. He tried several times, and the brakes were not working. The brakes which was working fine, just stopped working immediately he got to the junction. He tried all his best to control the car without it's breaks, but couldn't afford crashing into oncoming traffic, or pedestrians. Eric made tactical decision to either crash the car into a tree or something, because he feared he might cause bigger causalities if he didn't do anything he could, to stop the car.

There was nothing more for him to do, except crashing into one of the trees. Eric moved out of the road and crashed one of the mango trees, in other to stop himself from causing a major accident on the road, with the failed brakes. He feared for his life, when the thought of crashing the car into a mango tree appeared on his mind. He miraculously came out unhurt and in perfect condition, after crashing into the mango tree, which is situated right before the junction. Eric was unhurt, but the car was damaged beyond control. All the front bumper and engine were all destroyed because of the hit. 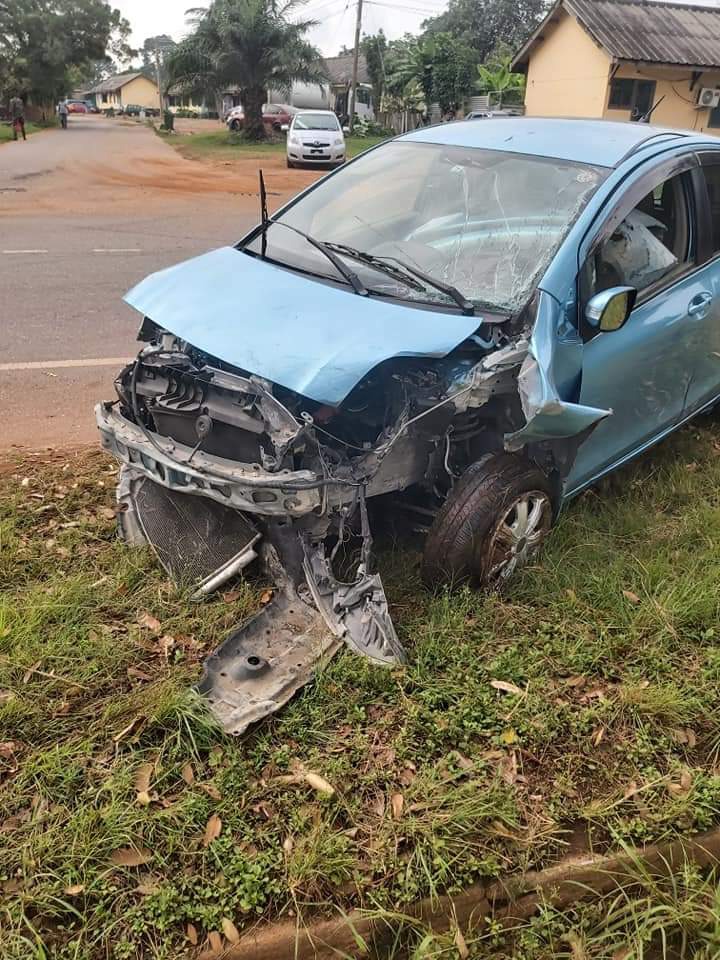 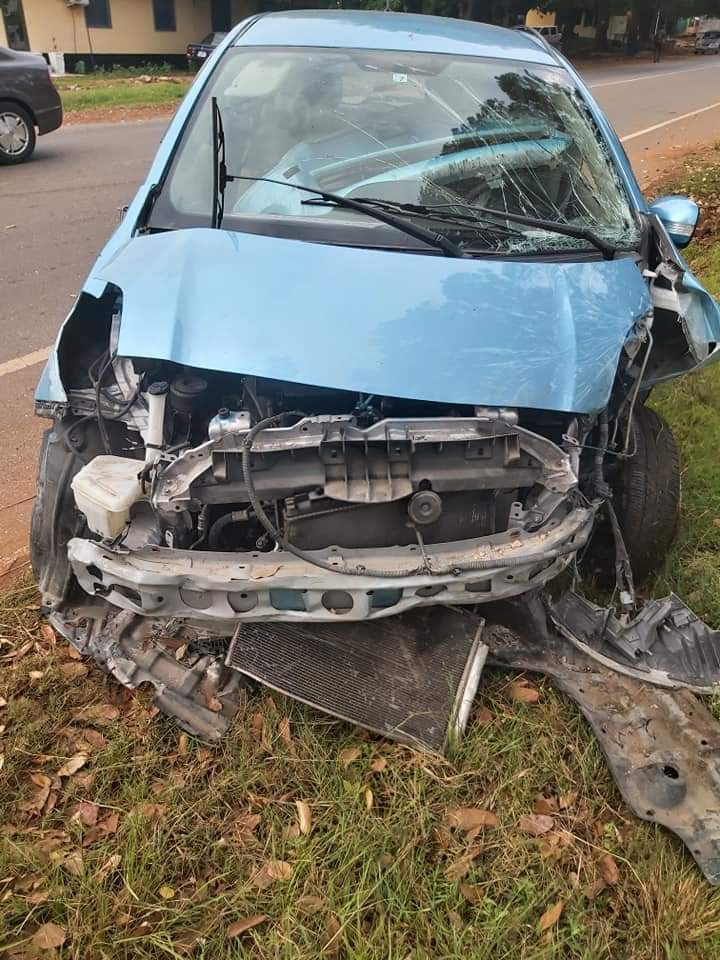 Burma Camp Duala Junction Eric Frimpong Ghana Armed Forces Toyota
Opera News is a free to use platform and the views and opinions expressed herein are solely those of the author and do not represent, reflect or express the views of Opera News. Any/all written content and images displayed are provided by the blogger/author, appear herein as submitted by the blogger/author and are unedited by Opera News. Opera News does not consent to nor does it condone the posting of any content that violates the rights (including the copyrights) of any third party, nor content that may malign, inter alia, any religion, ethnic group, organization, gender, company, or individual. Opera News furthermore does not condone the use of our platform for the purposes encouraging/endorsing hate speech, violation of human rights and/or utterances of a defamatory nature. If the content contained herein violates any of your rights, including those of copyright, and/or violates any the above mentioned factors, you are requested to immediately notify us using via the following email address operanews-external(at)opera.com and/or report the article using the available reporting functionality built into our Platform 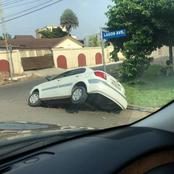 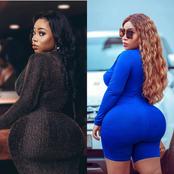 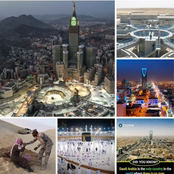 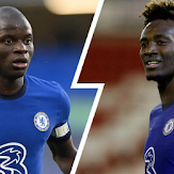 I have not seen chocolate before-Cocoa farmer in Assin North laments, Asks Cocobod to bring them some 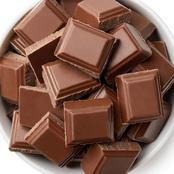 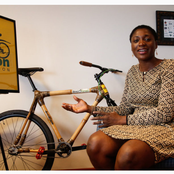 Gold Rush: They Just Discovered A Mountain Of Gold In Their Village, Changing Their Lives Forever. 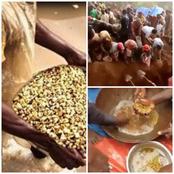 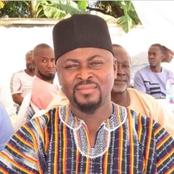 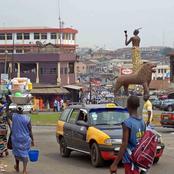 Have You Drank Coconut Water Today? Diabetic Patients Will Like To Read 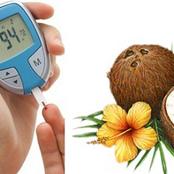