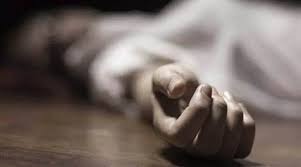 A 30-year-old teacher, Alex Nsoh, has been beaten to death by angry youth after accusing him of being one of the armed robbers around the Bongo-Soe area in the Bongo District of the Upper East Region.

Alex Nsoh was teaching at the Feo R/C Primary School until he went under the mob attack at Bongo-Soe, a suburb of the Bongo District, and died later from the serious injuries he suffered from the assault.

He was rushed to the Bongo District Hospital where he was announced. The clinic's Medical Superintendent, Dr William Gudu, explained that the teacher's death was due to "multi-natural harm and neurogenic stun auxiliary to the assault".

Alex Nsoh was assaulted on the grounds that the young people in the area have been contemplating the recent robberies around there and had valid data around one Kwame Kambonga and one Alex Akawagre as among the people who were doing the robberies.

Kwame Alex Akawagre was caught by the adolescents and is as of now in police authority in Bongo while Kwame Kambonga is on the loose.

According to the Assemblyman of the Awukabiisi Electoral Area, Daniel Awuure, said that some young people had been so disappointed about a recent wave of armed robbery occurrences around there, and that they presumed the teacher was engaged with the most recent robbery activity whereupon he was beaten and executed.

A finance manager, Bernard Nsoh Aloogro, was allegedly robbed in the most recent robbery activity at the Bongo-Soe Market. The supposed robbers found their way into the finance manager's store and carried off Gh¢13,000, CCTV cameras, TV and a decoder and among different things.