Four men have been arrested for conspiring and stealing huge sums of money from a man they worked for. Daniel is a 36 years old man whom these four men stole from. Daniel said one night while asleep, he heard some noise at his gate. He then saw two men wearing masks creeping into his house. Although he was scared, he shouted and the men quickly ran out of the house. Due to this, he decided to make a burglar-proof gate to prevent thieves from creeping in. 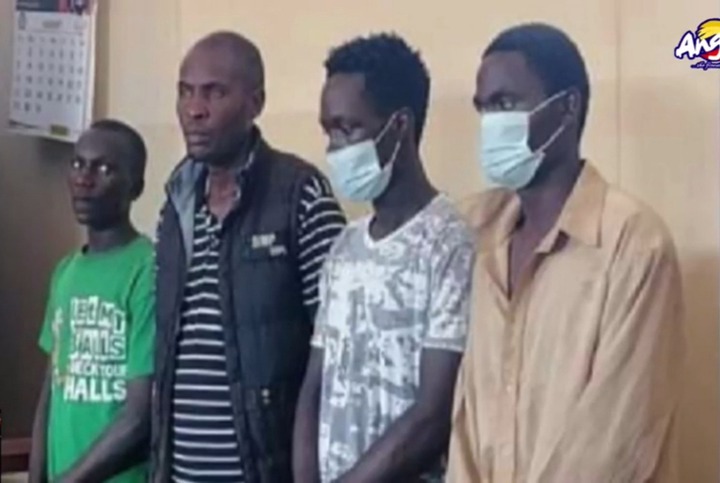 He contacted Freeman (man in a green shirt) to do the work for him. Since the job was huge, Freeman discussed with Daniel to bring in three of his friends who are welders to help with the job, to which Daniel agreed. The three friends, Charles Manu, Tia and Kwasi Poku (in order from Freeman) joined in to fix the gate. Before they began the work, Daniel gave them four keys to the rooms he was fixing the burglar-proof gates. After the work, they returned only three of them.

Daniel notified them of the missing key and they told him they would search through their things at home since they had already sent their stuff home. Three days later, Freeman brought the last key saying they found it mixed up with their stuff. That night huge sums of money were stolen from Daniel, although he had made a burglar proof gate. He realized also that the room was not broken into, but a key was used. 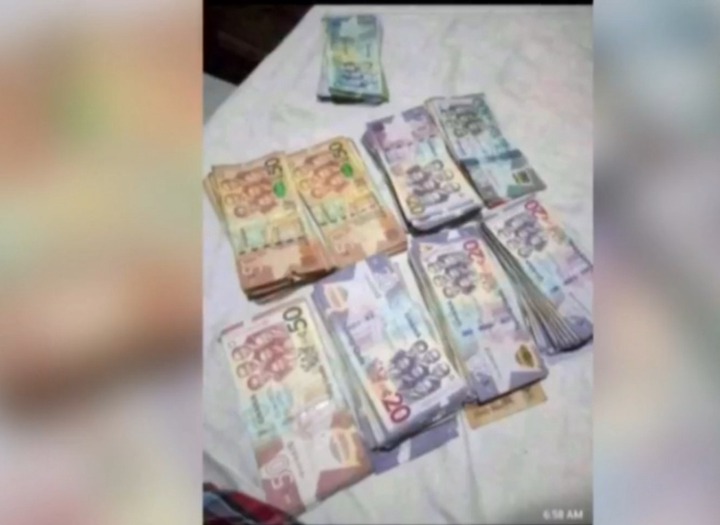 He reported to the police and after investigations, it was revealed that the crime was committed by these four men who worked for him. They intentionally took one of the keys to duplicate it and returned it three days later, claiming it got mixed up with their stuff. The four men have been arrested and are in police custody awaiting trial.