By MelloTalks (self media writer) | 26 days ago

There have been more revelations following the arrest of three alleged kidnappers who failed in their attempt to whisk away their victim in Adiembra, a suburb of Sekondi-Takoradi Metropolis.

It was reported on Sunday, September 26, that there has been an alleged attempted kidnap at Adiembra on a 19-year-old student of Adiembra Senior High School but was foiled by neighbours in that area.

The Mother, Madam Alberta Yawson speaking to Skyy Power 93.5FM indicated that the alleged kidnapper, who turned out to be a female had been impersonating a white young man to communicate with her daughter.

She indicated the communication has been ongoing for two years. It began when Judith Arhin, the victim, first went to Senior High School and it was also reported that her contact number was given to the suspect by a senior colleague of the victim who had completed the same SHS some years ago.

It was further established that the suspect claimed she is a footballer from the United kingdom and had promised to take the victim to the UK when she arrives in Ghana.

All this while, Judith believed her but did not really consider the relationship because she did not have any idea of the suspect's physical looks as she always covered the screen with her palm when they had a Whatapp video call.

However, she only had an idea of her physical looks at the time she was apprehended and confessed to the police that she is a lesbian and only wanted a relationship with the victim.

Before the arrest, the suspect went to Judith's hostel to take her along to an unknown place with other two male accomplices, she could not also reveal herself as the distant lover she had been with all these two years.

The victim then became alarmed and informed her mother which she also mobilised some young men in that area to confront the suspects when Judith was following them into their vehicle. Before then, her mother planned with her to follow the instructions of the suspects. 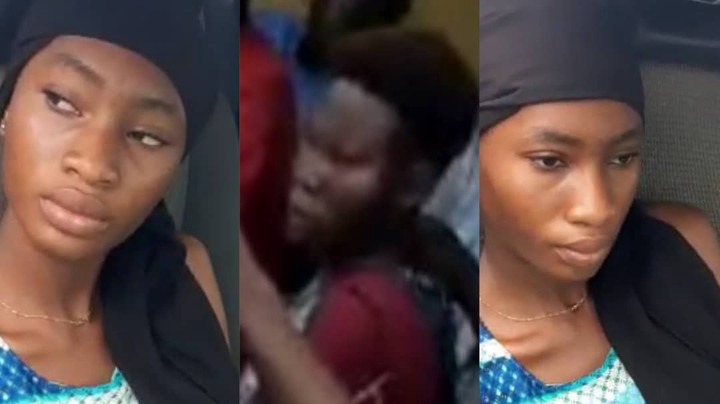 Content created and supplied by: MelloTalks (via Opera News )