Serebour Jonathan, an entrepreneur at Kumasi and a resident of Nkasiem has been arrested by the Nkasiem Police after burning down a shrine belonging to the Chief Priest of Nkasiem in the Ahafo region. Serebour in his police statement felt proud of burning down the shrine over the alleged dubious ways the acting Chief priest has been operating since his installation as the caretaker Chief Priest. With Kerosene and matches, Serebour set the entire earth moulded building ablaze burning everything in the building. 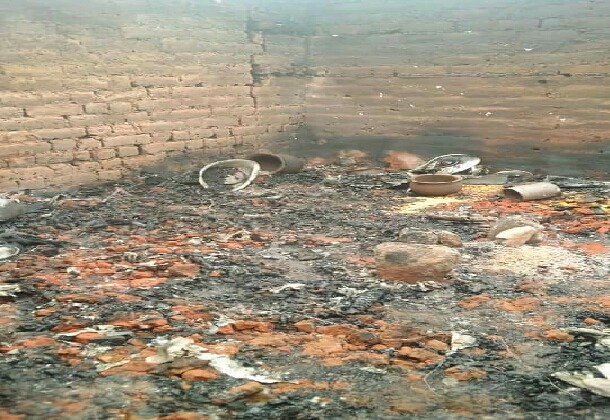 Residents of Naanu, a residential community in Nkasiem, reported to the Goaso Fire Department at five this morning that, the house and office of the Nkasiem Chief Priest was on fire. Serebour taking the blame for setting the building on fire said on top of his voice that, no one will fall victim to the acting chief priest after he had allegedly duped him of six thousand cedis. He won't lie to anyone again, you have been liberated my people, Serebour said as he celebrated over the burning building. 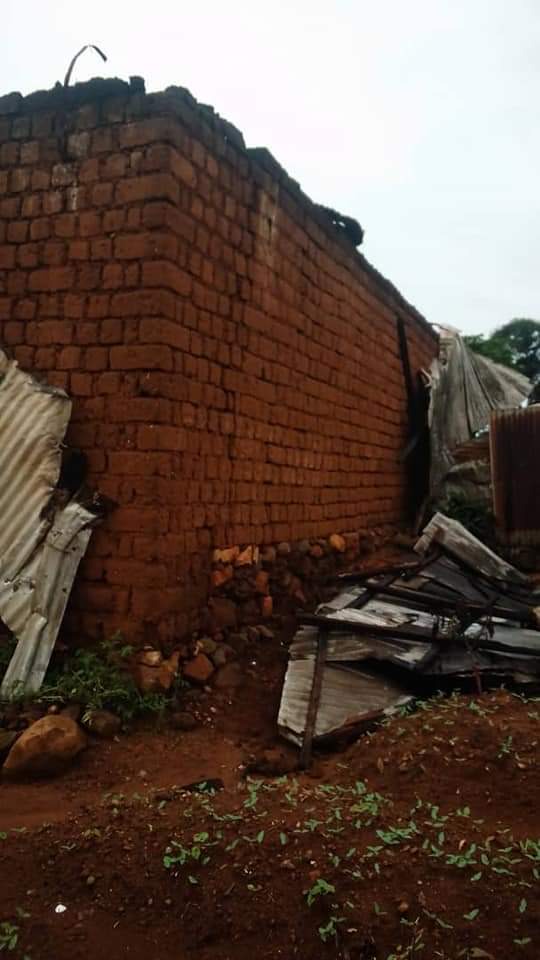 Residents of Naanu confirmed to the Nkasiem Police that, the acting Chief only used the house for his gains and nothing special was in the building after the elders of Nkasiem Royal home called for every valuable item in the building to be sent to a safe house in July 2021. The acting chief priest Samuel Kantong, was alleged to have been using the office of Nkasiem Chief Priest for ungodly activities and that made the elders of Nkasiem Royal Home limit his duties and called for some items to be removed from the house.

It is because of that, residents believe there wasn't any valuable item in the house except the things the acting chief priest Samuel Kantong was using for his own gains. Thirty thousand!!, not even thousand worth of items were in that house, residents saidd. The Chief Priest of Nkasiem traditional area is sick and has been off his post for over three years. Samuel Kantong, 31, was appointed to serve as a caretaker in August 2020 and it is alleged he has been using the shrine wrongly and that made Serebour Jonathan set the place on fire after he gave him a liquid meant to call for market for his business.

Jonathan Serebour in his report, stated that the acting chief priest took six thousand cedis from him to give him market for his business and after using the liquid for over four months, he hasn't seen anything and his business has even collapsed in addition. Jonathan is at the Nkasiem police station helping with investigations. 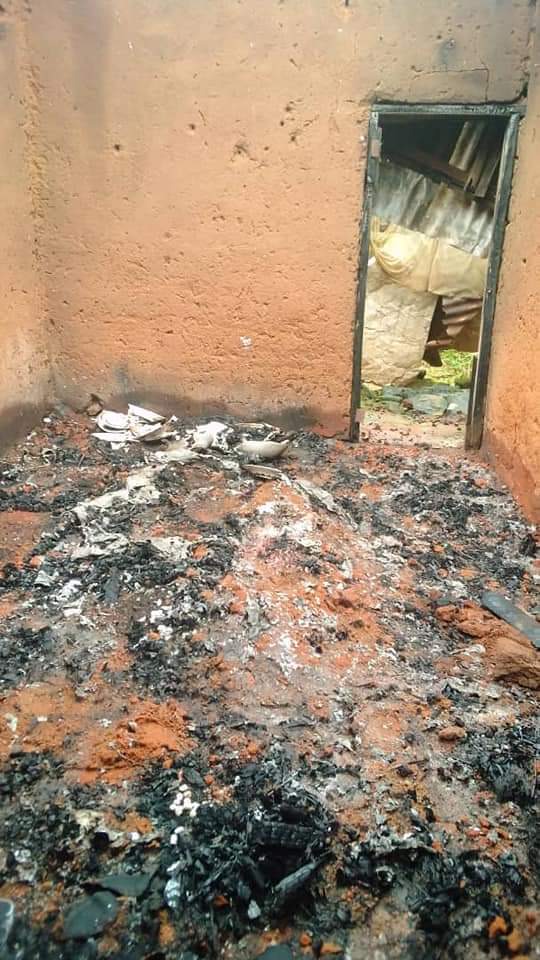