They Only Wanted The Money: Armed Robbers Spill Blood On The Streets Of Cape Coast

By BeaNana (self media writer) | 10 days ago 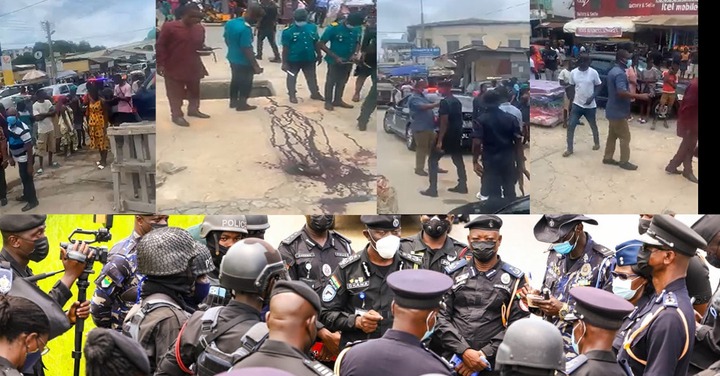 The Central Region has since been described as one of the peaceful arrears in the country. Apart from Kasoa where frequent criminal activities are recorded, it is difficult to hear such cases in other parts of the central region. Residents are currently in shock at what has happened a few moments ago just opposite the Ghana Commercial Bank in the city.

Many people were as usual going about their duties without any fears. The street was very busy until the unusual happened. Armed robbers from nowhere arrived and started shooting in the air to scare the crowd. People who were there at the time were scared at the turn of events and started running for their lives, but the armed robbers had a target. 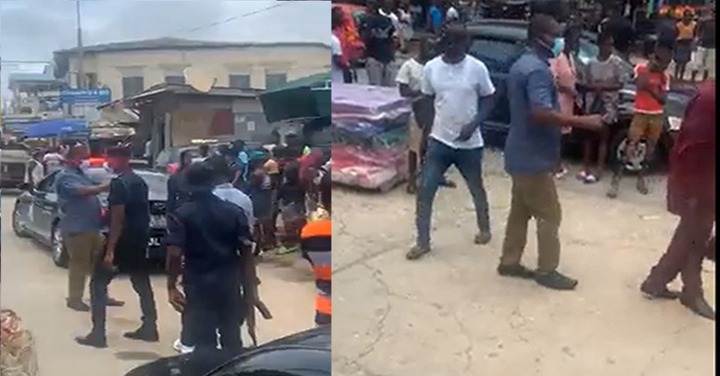 They moved straight to a young man who had parked a black vehicle and demanded that he bring out all his money. The gun was scaring him and he obliged, they took away the money and shot him. Blood could be seen on the streets where the incident happened. Fortunately, the young man was quickly rushed to Cape Coast Teaching hospital for treatment but the armed robbers kept firing warning shots until they were able to escape the deadly scene.

According to an eyewitness account in a motion image on the official Facebook page f Cape FM, one of their motorcycles was faulty and refused to start. This delayed the armed robbers a little until they finally fixed it and moved out of the scene. Residents are in shock because Cape Coast is not known for armed robbery incidences. Police officers have since arrived at the scene and investigations have begun. 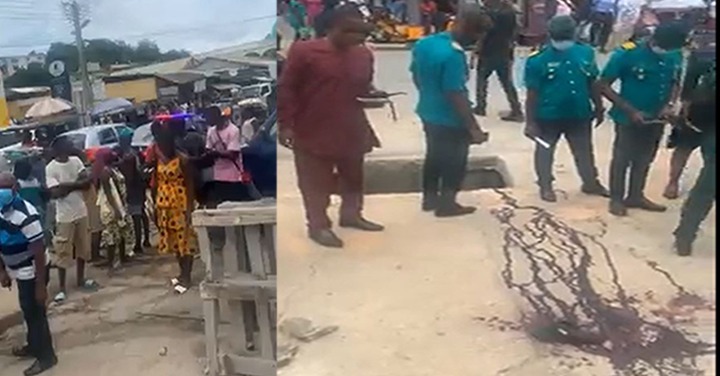 From how the incident happened, the armed robbers only wanted the money from the young man and nothing else. They were not interested in ending his life neither were they interested in stealing his vehicle, their target was the money.

The COP George Akufu Dampare led Police Command must intensify their intelligence and visibility. The armed robbers seem to have realized that the focus of the Ghana Police is centered in Accra and hence they would have a field day in cities such as Cape Coast. If the police were visible in the city, the armed robbers would not have gotten the opportunity to strike.