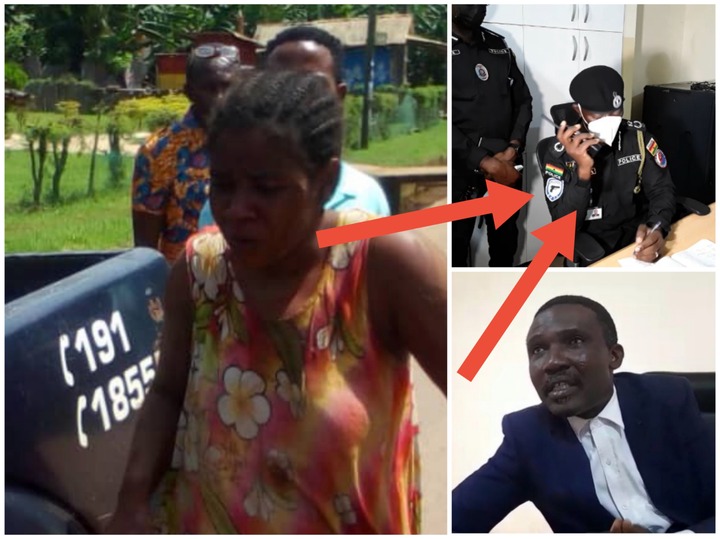 The Ghana Police Service is struggling to access the medical records of 28-year-old Josephine Panyin Simson, the victim in the latest Takoradi kidnap case. Following her rescue at Axim yesterday, a medical examination was conducted on her to confirm claims about the loss of her pregnancy, the Police are still pursuing some avenues to corroborate their findings.

The initial report as cited by the Western Regional Minister; Kwabena Okyere Darko-Mensah suggested that Josephine’s pregnancy never existed. Contrary to claims by the husband and mother of the victim that Josephine was 9-months pregnant, and that she lost the child to her assailants in forced labor, the Axim Government Hospital says there is no evidence to support it.

This contradiction has caused the family to challenge the report, and the police have been compelled to follow up at the Takoradi Hospital [European Hospital] where Josephine Panyin Simson was receiving antenatal care. But the administrator for the hospital, Rev. Osei Boateng says the request by the Police for his client’s medical record cannot be honored without them satisfying a certain requirement.

He told the media that the initial attempt by the Police have been denied on grounds that they failed to do the needful. Rev. Boateng said medical reports of patients are confidential and that divulging any information to the police or any third party should follow due process, and that must be by written request which would then be subjected for approval by his superiors.

On the matter as to whether or not Josephine Panyin Mensah was pregnant and was receiving care at his facility, the hospital administrator said; “there are records to prove that she has been regular at this hospital.”

He stressed that the hospital will consider the situation based on the proper application by the Police to assist investigations into the matter at hand.

In the meantime, the family of Josephine Panyin Simson has produce pictures of her maternal period to dispute claims that she was never pregnant when she was allegedly kidnapped.

Watch a video of the interview he granted the media via the link attached. https://youtu.be/xNBuc-YLFyY