The Girl Begged Me For N100, I Gave Her And I Slept With Her But I Didn’t Know She’d Die- Suspect

The Girl Begged Me For N100, I Gave Her And I Slept With Her But I Didn’t Know She’d Die- Suspect

Ikumuyi claimed that he never intended to kill Esther, saying that he suffocated her to death while covering her mouth with a cloth to muffle her cries for help.

He reportedly told police interrogators that he had no girlfriend and developed urge when the victim followed him to his room. 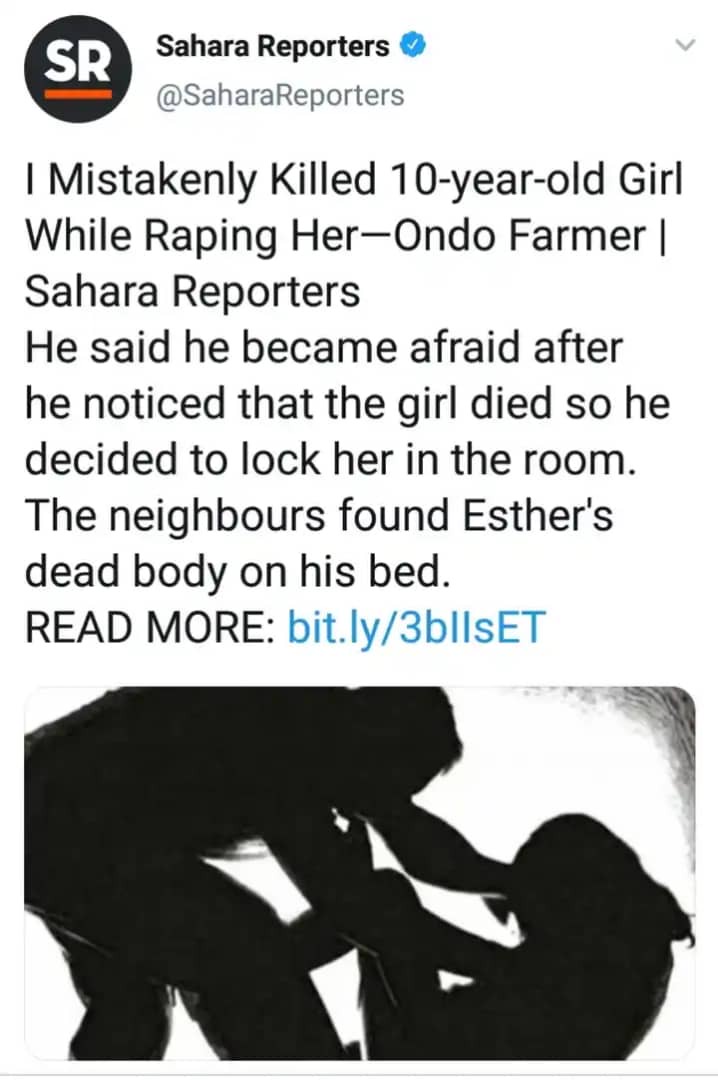 She came to meet me in my kitchen asking me for money, but I told her the money I have is to cook soup. After some time, she returned; she followed me from the kitchen for the bedroom, still begging me for money. I later gave her N100 and slept with her in the room," he explained.

It was reported that he lure the little girl with N100.

Israel further claim that the girl left and came back still asking for money and even followed him to his bedroom and laid with him on his bed. It was when she laid with him that he started feeling strange and decided to have canal knowledge of her stating that it was because he has no girlfriend, claiming all the ladies he approach for a relationship refuse to date him.

The suspect said that he used a piece of cloth to cover her mouth so that she would not alert the neighbors. He was covering the mouth of the 10 year old girl when she started suffocating. In his own words, he said ‘She was crying, but nobody could hear or come for her help as I have covered her mouth with cloth and she suffocated to death in the process. She died when I was having set with her.’ 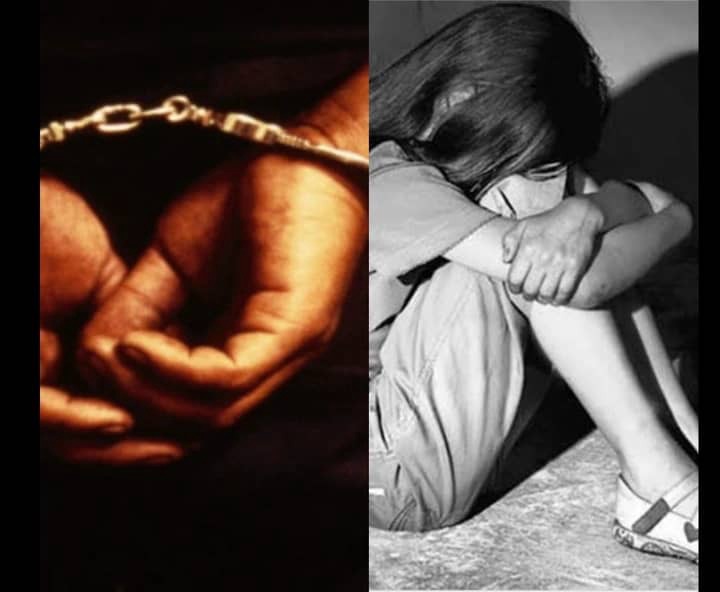 The farmer who confessed to the crime said he never wanted to kill the girl saying his intention was to rape her but not suffocated her to death, while he covered her mouth with a cloth to muffle her cries for help.

But for timely intervention, Israel who was beaten black and blue would have been lynched by neighbours of the deceased parents.

Vanguard reports that the suspect who was handed over to the police said in his statement that he decided to become a farmer after his secondary school education and was following his mother to the farm.

According to Isreal, it was the deceased that approached him in his house asking him to give her money.

He told the police that he was in the room with the deceased when he heard one Mummy Peju passing by the door and said they were looking for the deceased.

He added saying, “One Baba Awu called me and when I opened the door to answer him some of our neighbours came into my room and started beating me.