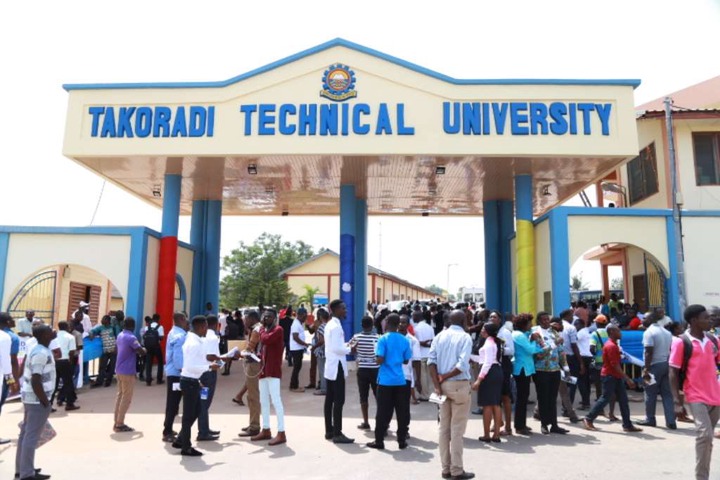 A fight over a mobile phone at the main campus of the Takoradi Technical University in the Western Region of Ghana has turned bloody.

Responding to the reports, the Western Region Commander of the Motor Traffic and Transport Department (MTTD), Chief Superintendent Isaac Kwesi Sorkpah indicated that the issue was not an armed robbery attack as has been speculated in the media space.

According to him, two students were involved in a fight over a mobile phone. He adds that one of the students out of anger invited his gang from the Zongo.

The gang immediately appeared on a motor bicycle and started attacking the other student. The affected student also gathered a few friends from the school and mounted an attack with the Zongo gang.

In the process, the students were able to set the motorbike belonging to the Zongo gang ablaze. It took the swift intervention of the school security to calm nerves.

However, one of the security officers was attacked by the gang. The Police later intervened to bring the situation under control.

“The issue was not a robbery attack. Rather the information is that there was a misunderstanding between two students over a mobile phone. In the process, one of them called some of his friends from the Zongo who came on a motorbike to attack the other student. However, some students around also assisted the other student against the Zongo guys. They managed to set fire into the motorbike. During the altercation, the campus security went in but one was attacked. However, in charge of security came in to resolve the issue”. Chief Superintendent Isaac Kwesi Sorkpah indicated.

In the meantime, calm has been restored in the school. All students are going about their normal duties in a peaceful atmosphere.